The American cellist talks about physical gesture, articulation and the value of taking things slowly 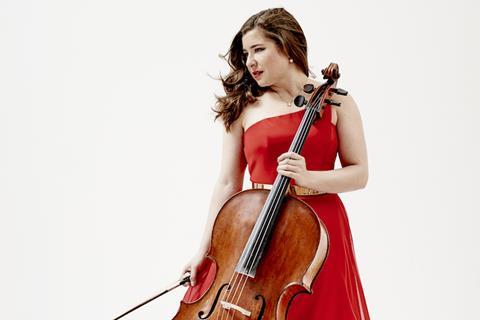 I tend to move too fast with everything. People tell me that I speak really fast and sometimes when I see myself walk on stage on video I think, ‘Jesus, I ran!’

It’s a physiological response to all the adrenaline but it looks almost dismissive. So I have to learn to take my time when I walk on stage.

2. Put yourself in the audience’s shoes

In a way the performer’s relationship with the audience is a very personal one but at the same time you’re filling a hall with maybe 2000 people.

So it’s important to be subjective and objective at the same time: to be a good guide in a personal way but also imagine that I’m sitting at the back of a hall.

That way, even if there’s a passage that you find difficult, and that might make you nervous, then you have something to focus on, and the challenge doesn’t seem quite so hard.

3. Don’t let inhibition get the better of you

The body reacts naturally to the emotions of the music and the phrasing. So when I’m teaching and I see a student who doesn’t move at all while playing I always say ‘phrase with your body’: it frees the mind and it frees the sound.

4. But don’t think too hard about your gestures

I never think ‘How do I look from this angle?’ when I’m performing. The audience can smell that kind of thing. Any gesture has to come organically from the music. Sometimes I watch myself on video and I’m shocked by what I see but it’s not something I’m particularly conscious of in the moment.

When you’re playing for a large crowd, there’s no need to exaggerate the emotions that you’re communicating, but sometimes you need to make sure you’re really articulating for a large crowd, so that they understand where a phrase is heading. It’s as though you were speaking in a play and needed to make sure everyone could understand what you were saying.

Read our review of Alisa Weilerstein’s Transfigured Night disc with the Trondheim Soloists.