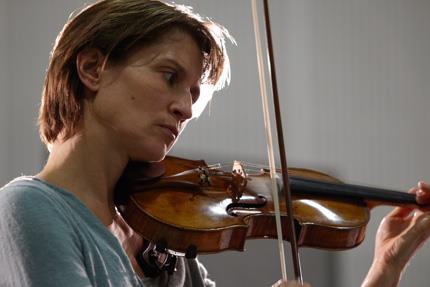 Violinist Viktoria Mullova (left) and cellist Alban Gerhardt will feature in a nine-hour celebration of Bach's music at the Royal Albert Hall in London on Easter Monday, 1 April.

During the afternoon, Mullova will play the Partita no.2 in D minor BWV1004, and Gerhardt will perform the Cello Suite no.6 in D major BWV1012. Other solo performers include pianist Joanna MacGregor and organist John Butt.