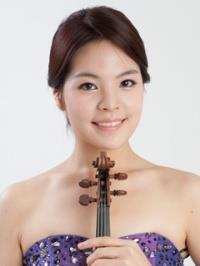 The winner of this year’s Moscow International David Oistrakh Violin Competition in Russia was Ji Yoon Lee, 21, from South Korea. Lee studies with Nam-Yun Kim in Korea and Kolja Blacher at the Academy of Music Hanns Eisler in Berlin. She received €15,000. Second prize was shared by Kristi Gjezi, 23, from France and Meruert Carmenova, 20, from Kazakhstan. American Elly Suh, 24, came third.

The competition is held in memory of Russian violinist David Oistrakh (1908–1974), in conjunction with the Moscow State P.I. Tchaikovsky Conservatory. It aims to discover and support talented young musicians at the beginning of their careers, and is open to musicians between the ages of 10 and 28.