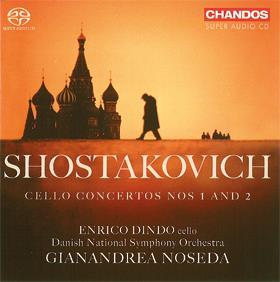 The two Shostakovich quartets on this recording are described in the booklet as his last diptych, although the proofreader missed the wild inaccuracy of his dates, given here as 1841–1904, which would mean he wrote his last quartet 70 years after he died. It’s a bleak piece, but still…

The Pražák Quartet is good at the sad and intimate nature of these works. The quirky asymmetry at the opening of the 14th Quartet is well caught, with its interplay of picky staccato and shapely legato, and there is constant variation of character. The Adagio is heartfelt and ultimately moving, and the passing of the solo line between instruments in the third-movement Allegretto (simple on paper) is superbly done.

The insertion of the Two Pieces op.36 between these last harrowing quartets is inspired: who could not smile at the polka from The Golden Age? In the last quartet the players are in their own worlds, each playing his extended lines as if singing them in one breath, the shaping understated but full of feeling. They can be ferocious, with unrelenting intensity, and as the work becomes increasingly a succession of solos the playing becomes more personal and impassioned. The ending, played with colourless tone, lingers in the mind. The recorded sound is close, with excellent balance.