Sexism in the string world exposed – in 1891

Comments in our March 1891 issue provoked some emancipated responses 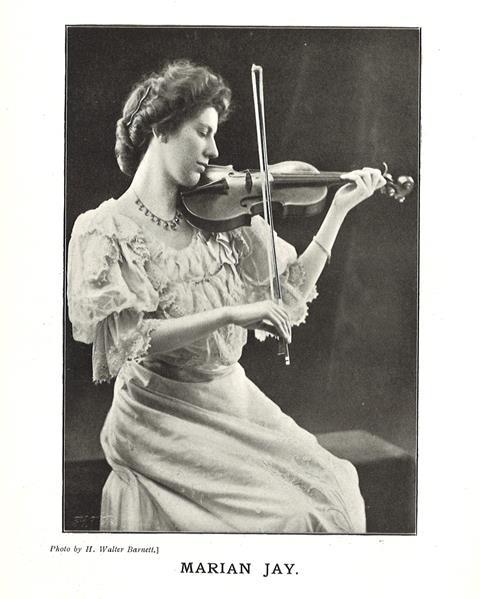 In the light of recent debates about women in classical music, it's interesting to discover the following commentary in The Strad Archive from March 1891, followed the next month by some strong responses:

'I have often wondered why it is that though music may almost be considered an essentially feminine art, few women attain to the professional eminence that is reached every day by men. I think that perhaps the reason is to be found in the fact that when a man takes up music as a profession he knows that his art has to support him until he dies, whilst a woman is subjectively conscious that her art has only to support her until she marries a man on whose shoulders that burden of support may be thrown. Thus, almost without exception, women can never feel much more than amateurs, however enthusiastically they may throw themselves into a career, to their emancipation from which their womanly instincts bid them look forward. We hear continually of lady violinists – but we don’t hear of them for long, they marry and disappear. Instrumental practice and infantile complaints have no room in the same house, and when one is divided between pleasing the public and watching domestic servants, one or the other pursuit must go to the wall; and, of the two, the latter is the more useful and important if one has a husband to relieve one of the necessity for doing the former.

'To the Editor of The Strad

Dear Sir,– I think “Florian”, whoever that mysterious being may be, in his article is hardly fair to lady violinists. According to him it seems a woman is incapable of loving her art for art’s sake, and only looks upon it as a means of support until some man kindly relieves her of the necessity. The emancipation idea is really too amusing. I think it might with advantage be applied to the married lady rather than the single one. The average lady artist is, in my opinion quite up to most male performers, and while, of course, there is but one Neruda there are many lesser artists whose excellence is undoubted. On the other hand, how many men reach to the excellence of Joachim, Sarasate, or Ysaye? True, a woman may not have the physical power of a man, but her hands are more finely formed and her more delicately tipped fingers give her an easier command over passages in the higher register than most men possess. Women have lately taken as high honours as men at our universities, and in the field of medicine they are making their way with great success, while lady travellers are not unheard of, and surely if they can take their place beside men in these departments they are equally capable of doing so as regards violin playing, which requires patience and steady application, a fine ear and critical mind, qualities which I do not think are possessed in any greater degree by men than women. Wishing your charming paper every success,

'To the Editor of The Strad

Dear Editor,– I have, as one of your earliest subscribers, always read with much pleasure “Florian”’s articles, but I protest most strongly against his attacks upon us poor Lady Violinists. I am afraid it would be a bad look out for Violinmasters if they had to rely on their boy pupils alone, for their time seems too much taken up with Football, Cricket, etc., and the Headmasters of Schools are not the ones to further or encourage music studies as a rule. But with us girls it is not only a source of enjoyment but very often the means of getting a livelihood; not every girl has the prospect of marrying a man who is able to keep her in comfort, and it is very often that women with musical gifts are compelled to “keep the pot boiling”!'

Visit our photo gallery of female string players from the time, here.