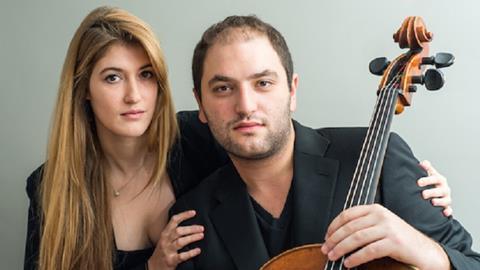 American cellist Julian Schwarz and Canadian pianist Marika Bournaki have won the Boulder International Chamber Music Competition 'Art of the Duo' in the US, and receive $7,000 and concert engagements.

This year's contest, held annually and open to international applicants between the ages of 18 and 35, received 156 applications from 25 countries, whittled down to 22 duos selected to take part in three live rounds.

Both Schwarz and Bournaki are graduates of the Juilliard School and are on the faculties of the Eastern Music Festival and the Lunenburg Academy of Music Performance. The son of conductor Gerard Schwarz, Julian was the winner of the 2013 Alice and Eleonore Schoenfeld International String Competition in Hong Kong.