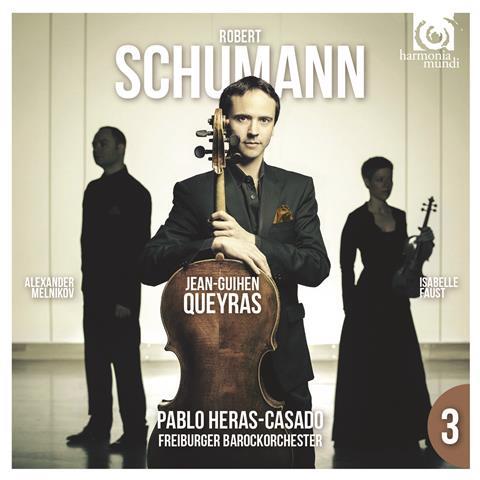 Schumann knew what he was talking about in describing Mendelssohn’s evergreen D minor Piano Trio of 1838 as ‘the master trio of the age’. But he needn’t have worried when, nine years later, he wrote his own first example in the same key. His harder-won mastery is evident throughout and his personal voice immediately apparent. There is an extraordinary moment in this new recording when, with an uncanny frisson, we seem to be transported right back to the Schumanns’ drawing room and the haunting sounds that Clara and friends would have made with the ‘soft’ pedal of the piano (here a Viennese Streicher from 1847 itself) and gut strings being played close to the bridge. It is a moment of intense spiritual vision that seems to take us right to the heart of Schumann’s source of inspiration.

To those who already have the two previous volumes of this series, in which these players explore the three concertos and three trios, this final instalment of a revelatory series will be self-recommending and Jean-Guihen Queyras’s heroic traversal of the Cello Concerto’s enigmatic lyricism, on a 1696 Gioffredo Cappa with the attentive Freiburgers, should satisfy all who love this endearing score. But for me the high point of the trilogy as a whole is the D minor Trio, performed with drive, devotion and acute attention to blended sonority. Hats off to all concerned.