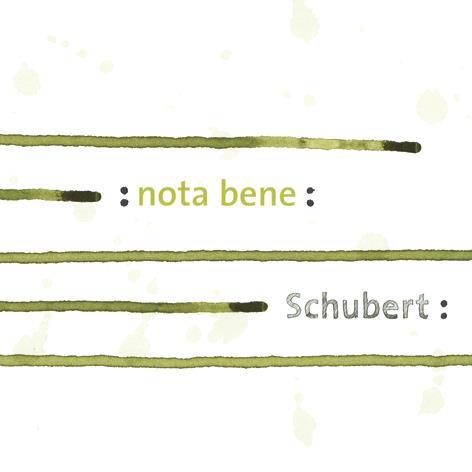 Austrian duo Nota bene, formed at the Salzburg Mozarteum, specialises in the music of the Viennese Classical school. Schubert’s graceful sonatas of spring 1816, with their compact movements and unassuming ease, constitute only the slightest foray from this world.

The duo adopts a delicate Classicism for these sonatas, never over-egging their darker hues. The players’ approach is always unified and ensemble is good, though in certain more complex passages it can sound a little over-careful. Recorded in a reverberant acoustic, the piano tone sometimes lacks focus and the balance could often be improved.

Eva Steinschaden, a pupil of Ruggiero Ricci and Renato Zanettovich, produces a sweet sound, with a pleasing richness on the lower strings but occasional thinness of tone in higher registers. She plays the theme of the Andante of D385 with charming gravity and excellent control, and the drama of its last movement’s interrupted cadence and miniature cadenza, while striking, never oversteps the stylistic mark.

The opening of D384, in octaves between violin and piano, is nicely accomplished, and the pair attractively capture the tripping, carefree spirit of its Allegro vivace.  If you’re not bothered by the lack of booklet notes or biographical information, these are tastefully executed readings with some moments of real grace.