Rise to the challenge

It's new repertoire that will attract 21st-century audiences to the concert hall, argues violinist Joel Smirnoff – and string players should be spearheading the revolution 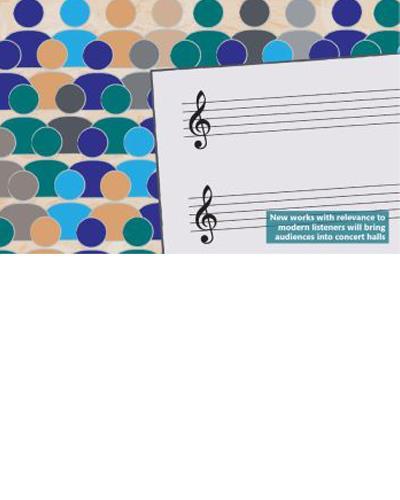 Elliott Carter loved the sound of strings and contributed generously to our repertoire. His sad passing at the age of 104 should re-energise all of us with a devotion to finding the next great string music. The livelihoods of today’s classically trained string players will depend on new repertoire that can touch and reach the searching non-musical citizen of the 21st-century world.

When we speak of the new young audience that we all want, it’s all about the relevance of the work itself in a globalised world. Young people have perennially had original perceptions and we depend upon them for revolution, for innovation, for their propensity to reject, rebel and see things afresh. Perhaps the larger part of our jobs as string players will be finding the new great music that will hit home with the young.

In a media-saturated world, what is the new music that can make us stop and listen carefully, actively and silently to an undeniable message? The presence of Italian gesture in the music of Haydn, Mozart and Beethoven must have stopped their German-speaking patrons in their tracks, these masters reporting musically on their Italian travels. Nearly all great composers have followed suit, studying and using music from far-off cultures as their fabric.

Today’s string player, armed with instrument, computer and smartphone, is an armchair traveller, capable of exercising a musical wanderlust and curiosity, and potentially using international culture and thought as substance for new expression.

The sound of drawn strings has the ability to slide or glissando like the human voice and a timbre close to that of human speech. The mariachis of Mexico, the erhu playing of China, the violin’s use in classical Indian music and the sound of the Appalachian country fiddle all remind us of our humanity, no insignificant occurrence when cultures mysteriously overlap, sharing a common aural icon. These rivers of lyricism unite our world, linking the sound of the baby crying and the mother singing to the child, and today’s string player has the opportunity to know and utilise these myriad expressions artistically.

It is time for all of us to take responsibility for the repertoire of the 21st century. Historically, violinists such as Joseph Joachim, Samuel Dushkin, Zoltán Székely and Louis Krasner participated in the creation of masterpieces through their willingness to champion young composers. Within the Juilliard Quartet’s history, composers Robert Mann, Claus Adam and Samuel Rhodes informed the group of the composer’s viewpoint during their tenures. As culture is better understood and as barriers between nationality, class and race continue to disintegrate, the barrier between the music of past and present must also be broken. Similarly, today’s string players can participate in creating the new repertoire for this century, either by actively commissioning and performing the music of young composers of quality, or by developing themselves as composers and performing their own works in concert, as was the norm for so many centuries past.

Let us never underestimate the power of stringed instruments: they and their players have at times succeeded in lyrically protesting brutality. It is no coincidence that the 20th century’s greatest composers – Berg, Bartók, Hindemith, Prokofiev and Schoenberg – felt compelled to write violin concertos in the 1930s. These were a clear musical response to Hitler’s rise to power, as the composers tried to describe the alternative of a loving, anti-fascist hero. Stories of the survival of Jewish string players in the Nazi death camps, the wonderful cellist Anita Lasker-Wallfisch among them, continue to conjure a spell-like image. Through the refined, soft sounds of their instruments, they fiercely defended their own humanity and lives: their playing must have had an incredible hold over their captors and torturers.

More than any other instrumentalists, we string players are treasured the world over. We can put listeners in touch with their deepest feelings of humanity: we have a special ability to heal a hurting world and to melt violent hearts. This will be as true in our new emerging global repertoire as it always has been in the past. In a dangerously troubled world, this ability becomes even more relevant and its power more urgently felt.