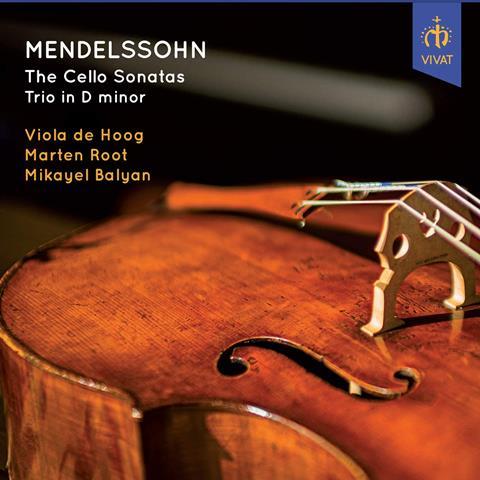 Viola de Hoog and Mikayel Balyan’s accounts of Mendelssohn’s two sonatas consolidate their reputation as a period-instrument duo of refined virtuosity, unanimous reciprocity and subtle musicality. Their tempos are excitingly ambitious in the effervescent outer movements, but few details are compromised and the outcome only occasionally feels rushed. De Hoog draws a sonorous tone from her c.1750 Gagliano, notably in the central section of op.45’s ternary Andante and in op.58’s tranquil Adagio. Balyan extracts a kaleidoscope of tonal colours from an 1847 Érard piano, playing fistfuls of rippling passagework with striking clarity and athleticism.

Balyan is also the principal driving force in the Trio op.49, here captured in a rarely heard arrangement. As Mendelssohn himself forewarned, the flute proves a poor substitute for the violin in recreating the ardour and intensity of this work’s outer movements, but Marten Root’s nine-keyed reproduction instrument after Wilhelm Liebel (c.1830) comes into its own in the tranquil Andante and fleet scherzo. Although Root’s contribution is occasionally engulfed in the dense texture, balance issues have largely been well managed in a church acoustic that affords the instruments ample bloom. Overall, though, this is period-instrument playing rather than historical performance.