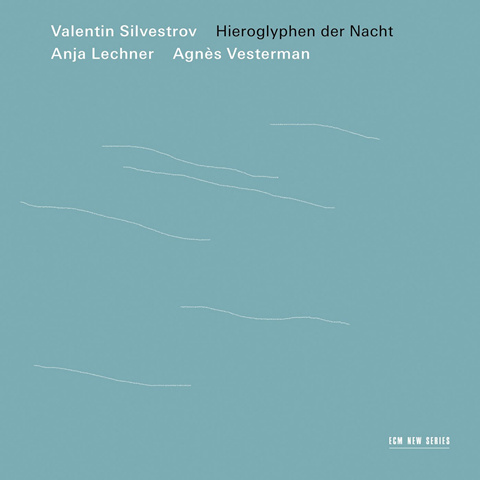 Ukrainian composer Valentin Silvestrov has called his works ‘silence set to music’, and that’s an apt description of this collection of his aphoristic works for one and two cellos. This is music often on the threshold of the unheard, capturing a fleeting impression or a single thought without daring to dwell on it or disturb it. With often so little to hang on to, the disc isn’t an easy listen: these are elusive, evanescent works, but ones that also demand close, concentrated listening to uncover their rewards.

German cellist Anja Lechner is a close collaborator with the composer, something that’s immediately clear in her gently persuasive accounts, delivered with exquisite care for the minute details of her sound but never lacking the spontaneity and lightness that Silvestrov’s music demands. She’s remarkably fluid in the Drei Stücke of 2002, whose first movement gives the disc its name, and more assertive in the sharply defined 1999 Elegie for cello and two tam-tams.

Agnès Vesterman proves a finely matched partner in Silvestrov’s two-cello pieces, which include fragile, lyrical tributes to Schumann and Tchaikovsky, in which the two players alternate between breathy melody and hesitant pizzicato accompaniment. The recorded sound on this disc is clean and close, with clear definition of the players’ positions in the aural space.