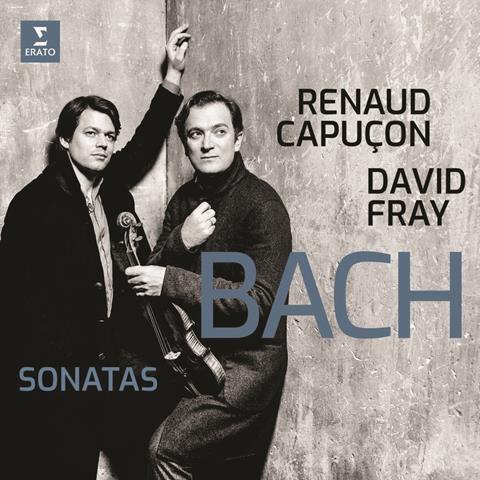 Such has been the impact of historical performance that recordings of Bach’s sonatas with piano as the obbligato keyboard are relatively rare. However, this release demonstrates that modern instruments still have a place in Bach performance, especially when played by such artists as Renaud Capuçon and David Fray, who use their technique and musical intelligence to optimum effect. Further, the calm third movement of no.3 and the opening Largo of no.4 benefit considerably from the piano’s greater cantabile, even if one misses a harpsichordist’s harmonic realisation in bars such as the first few of no.6’s Largo.

Supported by excellent recorded sound, these players’ qualities shine through in their balancing of the voices, notably in the fugal finale of no.4 and in their repartee in the various episodes, their use of dynamic gradations to shape phrasing and convey each movement’s overall architecture, and the subtlety of their articulation. Disappointments include some articulation inconsistencies, not only between the performers themselves but also between their interpretations and Bach’s text. They take some rhythmic licence, too, notably in the Adagio of no.4. Fray also tends to rush in the finale of no.5 and some of his ornamentation lacks conviction. Overall, though, the positives by far outweigh the negatives.