Plenty of expressive drama in the conclusion to this ambitious project 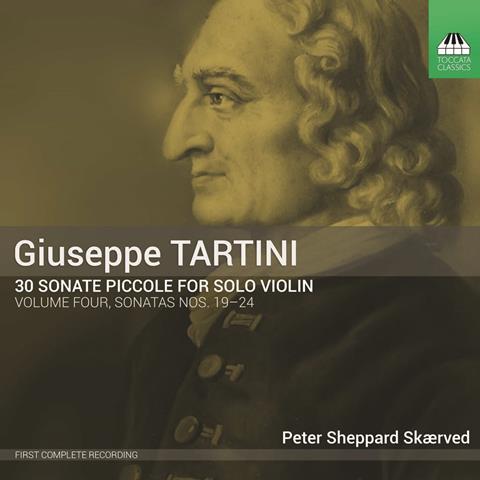 Description: Plenty of expressive drama in the conclusion to this ambitious project

This issue signals the end of the recording limb of Peter Sheppard Skærved’s Tartini project, which has also involved thorough scrutiny of the autograph manuscript, interpretation of its sometimes puzzling notation, preparation of a scholarly performing edition and the conclusion that Tartini probably composed 30 Sonate piccole rather than the 26 previously acknowledged. His informative liner notes elucidate his various editorial and performing decisions, including his logical realisations of Tartini’s shorthand for the Menuet and penultimate movement of no.30.

Sheppard Skærved’s accounts, captured in 2011, are technically accomplished (though not without occasional dubious intonation), highly expressive and often boldly dramatic. These qualities are highlighted by the close recording, which emphasises his explosive attack and abrasive tone for various dissonances or other arresting moments, as well as the unwanted clatter of fingers against fingerboard. Sheppard Skærved faithfully replicates the sentiments of texts appended to movements, as in the opening Siciliano of no.25 and the finale of no.26 and he is never afraid to let his hair down in the folksy Gigas of nos.27, 28 and 29, the wild finale of no.30 or the variations of nos.27 and 28. He shapes phrases musically, is suitably flexible in written-out and extempore ornamentation and introduces rubato tastefully and to telling effect.