An exploration of the Germanic roots of the French string quartet 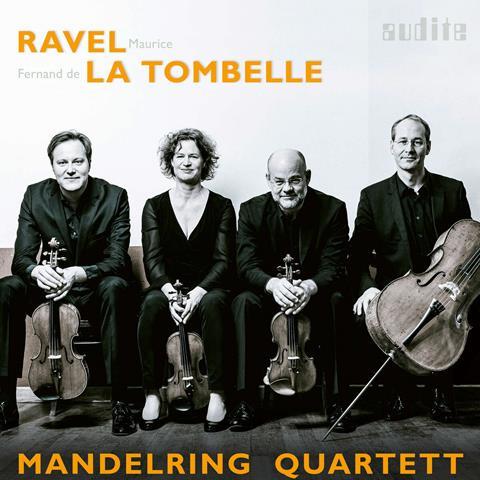 Description: An exploration of the Germanic roots of the French string quartet

Like a number of French composers – Franck and Debussy among them, Boulez too – both Ravel and Fernand de la Tombelle abandoned the string quartet after a single shot at the form. That’s not the only reason they make an interesting pairing on this disc by the German Mandelring Quartet. An organist and pianist who taught at the Schola Cantorum and counted Saint-Saëns and Massenet among his friends, La Tombelle was a prolific composer (as well as an amateur poet, photographer, astronomer and cook) whose 1895 quartet reminds us of French Romanticism’s German heritage. Only eight years later, Ravel’s Quartet was in a newer, proudly Gallic vein.

La Tombelle’s Quartet is in fact only at its most ardently Wagnerian and Straussian in the Largo introduction to the first movement and in the third-movement Adagio. Elsewhere there’s a more Classical restraint. The Mandelring Quartet points up these stylistic and textural contrasts, playing with a conviction that makes them ideal ambassadors.

As if to prove a cliché, the Mandelring’s Ravel is less successful, lacking the pliable rhythm and nuanced tone-colouring of the most magical performances, and with melodic themes sometimes presenting themselves apologetically. Finely recorded and imaginatively programmed, this release is certainly revealing, even if it’s not exactly transcendent.