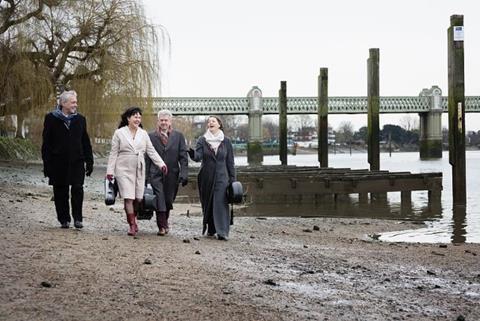 There’s nowhere I’d rather be early on a Sunday evening than the Conway Hall, and the sight of its wood-panelled stage brought a pang of nostalgia even before the Zoffany Ensemble took to the stage. Sound and camerawork on the hall’s channel were rather homespun compared to rival London venues, though if anything they heightened the sense of music made among and for friends.

The programme was one that might have delighted a London audience at any time in the last two centuries, opening with a beautifully sprung account of Boccherini’s C major Quintet. The microphones didn’t flatter violinist Manon Derome and violist Lydia Lowndes-Northcott in Beethoven’s Serenade, where flautist Karen Jones led the line with graceful early-Classical phrasing.

A few details were also scrambled in Haydn’s String Trio op.53 no.2 but the resiny tone of the ensemble was held together by the incisive, quietly stylish contributions of Anthony Pleeth (scion of a great cello dynasty).

Mozart’s Oboe Quartet of 1781 brought Alison Alty to the fore, and confirmed the Zoffany’s unapologetically full-blooded approach to this repertoire, never anachronistically projected but inflected with lightly worn legato; the pulse of the slow movements was led by the speaking tone of Pleeth’s cello, and repeats always brought a reason to hear the music twice. Returning to the ensemble’s full contingent with the D major Quintet op.11 no.6 composed just five years earlier by J.C. Bach, the Zoffany’s performance caught the contingent nature of a chamber-music aesthetic at a crossroads between self-contained and developing forms: music in search of an audience to entertain. It found one here.