A young violinist makes a strong case for Sinding 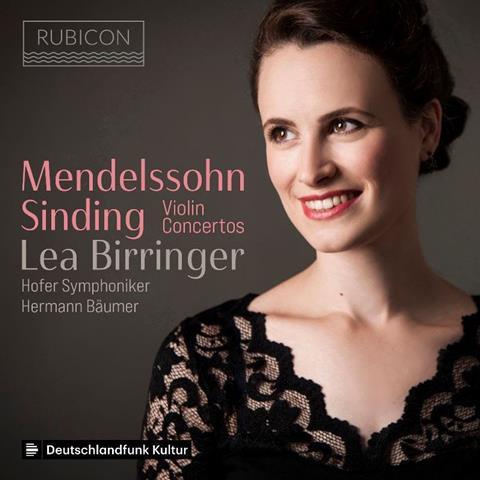 Description: A young violinist makes a strong case for Sinding

The German violinist Lea Birringer chooses the evergreen Mendelssohn for her concerto debut disc but it’s the coupling that might attract more attention. Christian Sinding (1856–1941) is one of those one-hit wonders whose signature work – in his case the piano miniature The Rustle of Spring – obscures a substantial catalogue of finely crafted works. His A major Violin Concerto (1898; the first of three) audibly sits among the company of Brahms, Bruch and Dvořák without ever sounding like straight pastiche. The solo part is fiendishly challenging – the composer initially studied as a violinist – but rewarding, with plenty of opportunity for display alongside moments of introspection. The D major Romance (1910) admits the nature music of Weber and Wagner among its influences, notably in the low woodwind passage that opens the work, and spins a songful line through its rhapsodic progress.

Birringer makes an eloquent case for these rarely heard and little-recorded works. Her tone is rich and focused, and her full deployment of a range of portamento and rubato testify to her intuitive identification with this music. Her accompanists, from the Franconian town of Hof, in the northern corner of Bavaria near the Czech border, are dutiful rather than characterful but just about keep up with Birringer’s impulsive lead. The venue is the town’s capacious Freiheitshalle, which doubles as a venue for rock concerts and trade fairs. The Mendelssohn is sure to dominate Birringer’s concerto engagements but it’s a pleasure to make the acquaintance of the unfamiliar Sinding works in such committed and satisfying performances here.