Luxuriant sound world in this recital is like a warm embrace 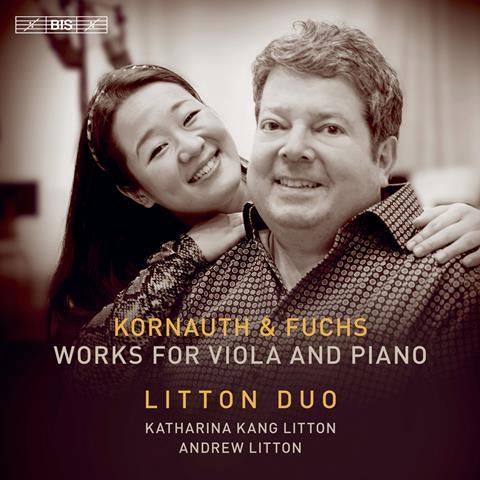 Description: Luxuriant sound world in this recital is like a warm embrace

Whenever I listen to the music of Robert Fuchs, I have to think of the compliment paid to him by Brahms, who called him ‘a splendid musician; everything is so fine, so skilful, so charmingly created! One is always pleased!’ This dictum is triumphantly borne by both Fuchs’s Viola Sonata of 1899 and the Fantasy Pieces he wrote at the end of his life three decades later. By the same token, Fuchs’s reputation as a pedagogue – he taught Mahler, Sibelius, Wolf and Zemlinsky among countless others – is further confirmed by the Viola Sonata of his Moravian student, Egon Kornauth.

While Fuchs’s viola works have been variously recorded (I reviewed a lovely rendition by Emma Wernig and Albert Cano Smit in September 2021), I know of no other recording of Kornauth’s Sonata. An early work, it is somewhat redolent of the luxuriant harmonic world of the composer’s younger colleague, the wunderkind Korngold, while already exhibiting a firm formal command.

Best known as a conductor, Andrew Litton conjures from the keyboard some beautiful sonorities with which to cuddle the viola. That most impulses seem to come from him is not inappropriate, since the rather full piano parts carry the greater weight in the musical discourse. With slender, beautifully focused sound, Katharina Kang Litton makes all her points through calm, determined understatement; her breathtaking, sustained pianissimos command as much attention as the few well-paced climaxes. A traditional Korean song, lovingly arranged for this husband-and-wife duo by Stephen Hough, is the delightful encore.