Violinist holds his own in a competitive field of Shostakovich concertos 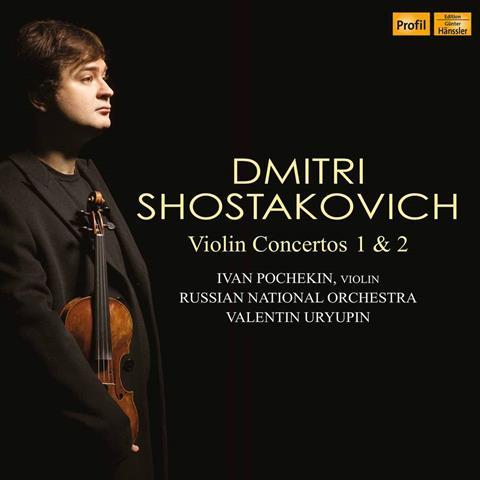 Description: Violinist holds his own in a competitive field of Shostakovich concertos

While recognising his prowess, critic David Milsom found Ivan Pochekin’s playing strident and harsh in a Paganini concerto release from January 2013 (bit.ly/3dItDA2). Perhaps running against expectation, his Shostakovich falls more easily on the ear. Many interpreters run aground on the sands of the First Concerto’s Nocturne; not Pochekin, whose flowing tempo and Romantically shaded phrasing bring colour to the music’s ghostly pallor as well as an understanding of its place in the concerto tradition.

The Scherzo bristles with purpose and whistle-clean octaves, before a broadly sung Passacaglia generates impressive tension through its course; Pochekin’s assertive and formally contained approach has its precedents in Oistrakh’s recordings. He also brings a sardonically neo-Classical edge to the Mozartian parody of the Second Concerto’s finale – Shostakovich at his most Prokofievian, you might say.

My reservations largely concern an ill-focused rapport with the Russian National Orchestra, which is placed at a distance both musically and technically: without ever coming adrift Pochekin tends to go his own way. In the First Concerto’s long cadenza and the desolate Adagio of the Second, some more sharply profiled personality (invested among recent soloists by Simone Lamsma and Alina Ibragimova) is wanting to lift the notes off the page. There is more than technical finesse on show here, but the competition is fierce.