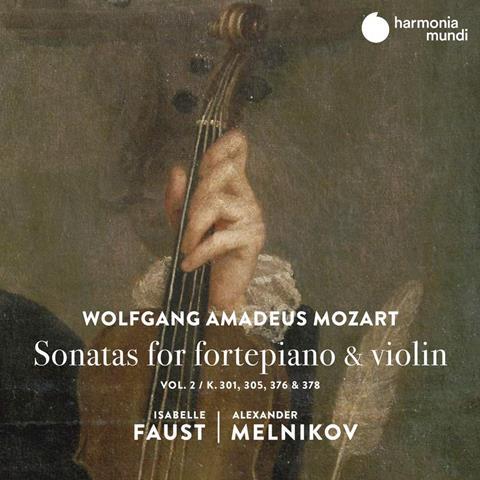 In this second volume of Faust and Melnikov’s Mozart Sonata recordings, Faust demonstrates again what a fine period-performance artist she is, with beautiful melodic lines subtly shaped and her ‘Sleeping Beauty’ Stradivari gleaming on the E string. Melnikov plays a copy of a 1795 Anton Walter fortepiano. The balance between the two is superb. They play with a certain amount of creative freedom which goes beyond ornamentation in the repeats: they tweak rhythms, go in for a spot of hocketing, and re-shape little runs; there is a touch of ponticello. In the Allegro of the F major Sonata K376 elegance is punctuated by robust outbursts. There is artful simplicity in the Andante with giocoso playing in the Rondo finale, with flashes of minor-key drama and some great punchy bass notes in the fortepiano.