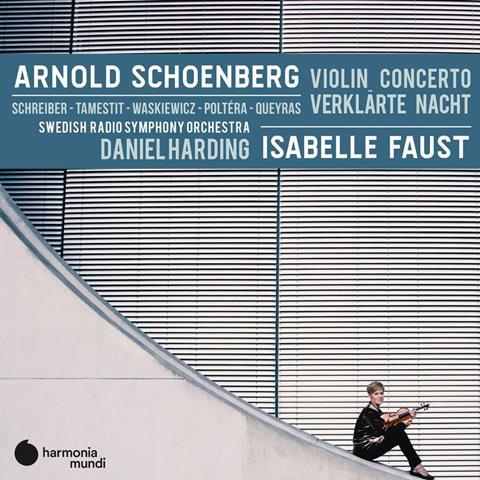 Nearly 40 years separate the two string works on this disc, a period during which programmatic Romanticism soon gave way to a kind of neo-Classicism in Schoenberg’s writing, and an expanded tonality broke down and transformed into the new world order of dodecaphony. The Concerto has never won the appreciation of Berg’s, written only a year earlier, yet behind its austere, twelve-note façade, similar Romantic gestures, or affects, are still very much in evidence, even if they are an aspect of the score that Isabelle Faust doesn’t overdo. Her playing, backed by the vibrant Swedish Radio Symphony Orchestra under Daniel Harding’s ice-cool direction, has Classical restraint, combined with long-term phrasing, tonal containment and absolute technical command.

In the sextet version of Verklärte Nacht, Faust is similarly a team-player, though her pair of ‘wild’ outbursts early on are uncomfortably free with tuning and rhythm, compared with everything else in the performance. For otherwise it’s plain sailing through Schoenberg’s tone poem, with the six players neatly balanced (nothing to complain about in the recorded sound of either work) and together exploring much of the music’s emotional journey, if at the slightly more objective end of the expressive spectrum compared to some accounts.