Musicians having the time of their lives in insightful interpretations 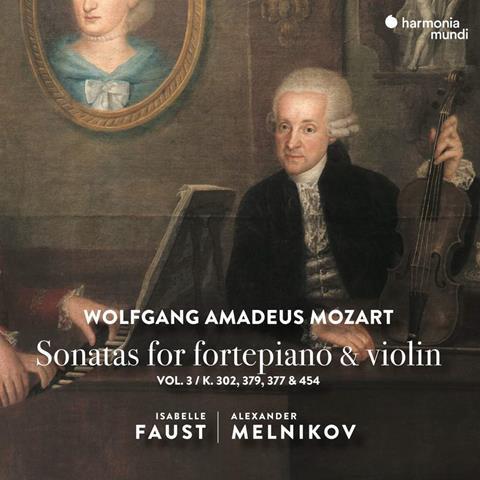 Description: Musicians having the time of their lives in insightful interpretations

Throughout this captivating recital, Isabelle Faust’s ‘Sleeping Beauty’ Stradivari beguiles the senses with its tonal allure and impeccable sonic timing. One discerns a special relationship between player and instrument, almost as though they were inspiring one another to give of their best. Faust somehow finds a way to imbue her phrasing with a sense of expressive imperative, so that each movement feels like a compelling emotional journey. As a result, even when she momentarily steps outside convention by adopting a ghostly sul ponticello for the final appearance of K454’s finale rondo theme, one takes it in one’s stride as part and parcel of her take-nothing-for-granted interpretative style.

Alexander Melnikov, employing a glorious 2014 Kern copy of a 1795 Graf fortepiano, matches her all the way with playing of infectious poise and exuberance. On a modern concert instrument the bass inevitably needs taming, but here Melnikov’s left hand becomes a vital part of three-way musical communication with bracing results. Above all, Faust and Melnikov sound as though they are having the time of their lives. Producer Martin Sauer and engineer René Möller have captured these insightful performances in exemplary Mozartian sound that combines clarity with a gentle ambient glow and enticing physicality.