Commendable collection of works for viola da gamba by Handel – or are they? 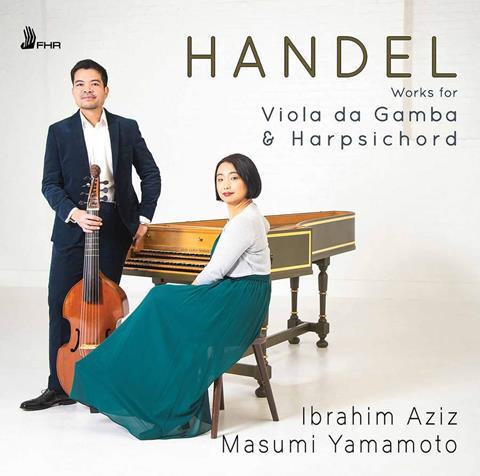 Description: Commendable collection of works for viola da gamba by Handel – or are they?

Handel’s solo works for the viola da gamba are somewhat problematic. The only undisputed one is the G minor Sonata that opens this recital, but even this is a transcription of a violin work (Handel wrote out the first bars in alto clef with the words ‘per la Viola da Gamba’ as an instruction for his copyist). Authorship of the C major has been alternatively credited to Handel and to one Johann Matthias Leffloth, the jury being still out on this one. The (violin) Sonata HWV372, here idiomatically arranged by the present soloist, might also not be by Handel at all, and the D major one, found in an anonymous manuscript from Kassel, has only rather tenuous claims – however, at least the Sarabande evinces, to my ears, a most Handelian nobility of gait.

Ibrahim Aziz plays throughout this well-filled, warmly recorded CD with strong but malleable tone and an agile technique, to wit the wide string-crossings in the finale of HWV372. In his hands, Handel’s passagework can occasionally sound plodding, some tempos being on the slowish side.

Aziz is at his considerable best in the unaccompanied Prelude in E minor by Sainte-Colombe le fils that introduces Handel’s harpsichord suite in that key, where Masumi Yamamoto comes into her own. She is subsequently joined by Aziz for a convincing duo arrangement of the D minor Suite, its final Chaconne building up an exhilarating momentum. Both players achieve beautiful unanimity of phrasing in the three-part writing of the C major Sonata that concludes this recommendable recital.