Hypnotic and mesmerising dialogue with plenty of spacious intensity 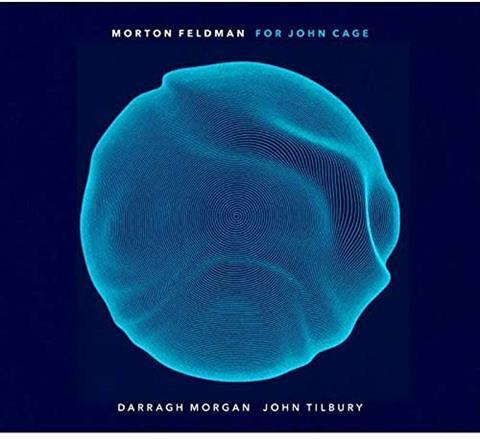 The Strad Issue: May 2020
Description: Hypnotic and mesmerising dialogue with plenty of spacious intensity

Only brave performers include no explanatory notes at all with a CD release. Though, to be fair, Feldman’s 1982 For John Cage is precisely the kind of music that should probably be allowed to speak on its own terms: an 80-minute dialogue between violin and piano, almost entirely at an extremely quiet dynamic, and mulling over repetitions and semi-repetitions of ascetic musical fragments of often just a note or two.

Its effect, like much late Feldman, is hypnotic yet deeply involving, so that each nuance, each swelling sound or microscopically modulated attack, takes on pivotal significance. And in Irish violinist Darragh Morgan and elder statesman of experimental piano John Tilbury, Feldman’s austere yet strangely sumptuous work has two near ideal performers. Morgan plays with a light, transparent sound, as though his bow is merely floating across his violin’s strings, but still manages to deliver each etched interval with intent and purpose – a hint of wit in a leaping interval, perhaps, or a sense of sensuality in a swooping phrase.

Tilbury makes a fine partner, his playing as impeccably judged and graded as Morgan’s, his gnomic chords exquisitely voiced and balanced. As the two performers gradually edge closer to each other with a shared sense of purpose during the work’s closing gestures, there’s something deeply moving about their precision, their sonic inventiveness and their respect for each other. Recorded sound is close and authentic, with the sense of space that this music demands.