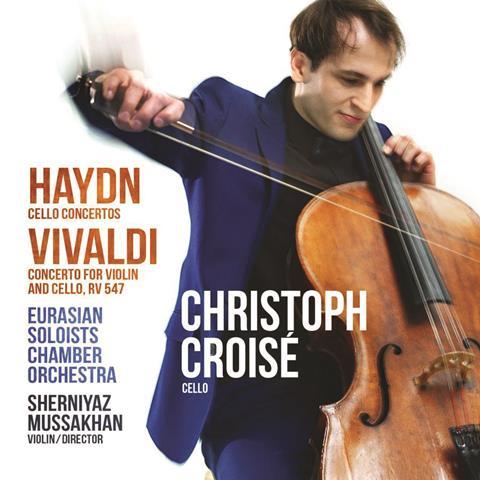 Works: HAYDN Cello Concertos: no.1 in C major, no.2 in D major VIVALDI Concerto in B flat major for violin, cello and strings

The orchestra, founded in 2015 and hailing from some ten different European and Asian countries, produces a sparkling, vital sound, with the harpsichord well to the fore in the opening ritornellos. Croisé draws a notably wide palette of tones from his 1712 Gofriller cello, from a sudden hooded piano half way through a phrase, taking it in another direction, to the pure, clear double-stopping of the Gendron cadenza in the C major’s Adagio, all captured in warm, realistic sound.

Croisé is sparing with his vibrato, particularly in the slow movements, and favours changing the timbre when a D major Adagio’s opening phrase returns, floating it high on the D string. His virtuosity is everywhere in evidence, but nowhere more than in the exuberantly bustling finale of the C major Concerto, which is taken at a breath-taking pace in this vibrant and immediate recording.

Kazakh violinist Mussakhan directs the select forces of the Swiss-based orchestra and joins Croisé as soloist in Vivaldi’s B flat double concerto, setting the bar ever higher for the cellist to imitate as the two compete in the high cross-string spiccato stakes.