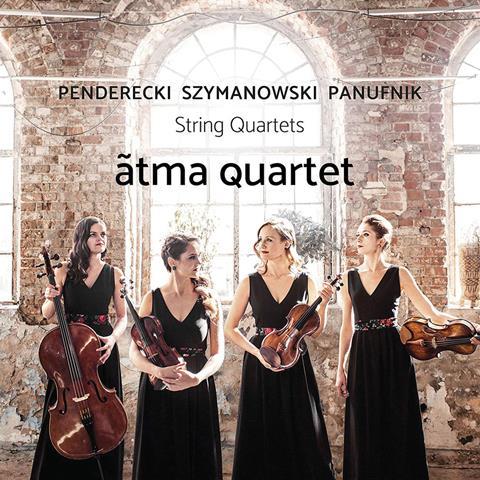 The recording helps to set the mood: atmospherically close, rich in bass, catching every whispered tremolo and languorous portamento, as well as the sul tasto, sul ponticello and glissando effects in the vernacular humour of the central Scherzo.

This features breathtakingly clean chording from the Ãtma musicians, who build the concluding double fugue patiently and evenly – they are tonally matched in the way of the Hagens – although Dominika Szczypka’s cello part stands out for the strength of its attack and articulation in music that can too easily become picturesque.

Competition on disc is no less stiff these days for the quartets of Panufnik, but again the Ãtma’s tingling intensity and pure-toned refinement of expression evoke a persuasively heightened mood of archaic, neo-medieval purity in the five short movements of the Third.

I find the Ãtma Quartet more precise and less laboured than either the Brodsky or the Apollon Musagète quartets in the most recent work here, by Penderecki (from 2008). Their restraint pays off in the quotation of a folk song heard in childhood, though the neo-Romantic idiom itself remains diffuse and overextended. But the Ãtma is very much a quartet on the up.