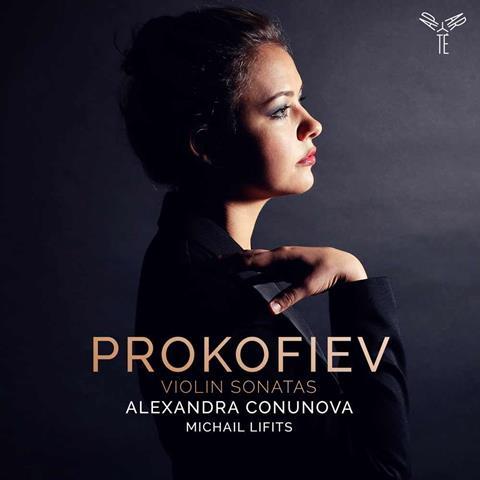 This is one of the most enjoyable discs of the two Prokofiev violin sonatas to have appeared in some time. Moldavian violinist Alexandra Conunova (one has to search online to find anything about her – the booklet doesn’t say a word about her or pianist Michail Lifits) is a Borletti-Buitoni Trust beneficiary who won the third prize at the 2015 Moscow Tchaikovsky Competition.

Her new recording impresses from the start, with a meticulous attention to detail in her colouring of the mysterious opening phrases of the First Sonata. And it’s her impressive range of colour that is the most striking characteristic of her playing as a whole, whether in the ghostly ‘wind through the graveyard’ passages of the same work or the sunny aura she brings to the opening of the Second Sonata.

Technique sounds faultless, too, and even in the roughest patches of music, such as the First Sonata’s Allegro brusco, Conunova maintains bow control and never has recourse to an ugly slide or snatched passagework. With Lifits’s piano playing every bit as resourceful as her violin, and a warm, generous recording made at an undisclosed venue in Bremen, this is already a candidate for one of the best discs of the year.