Are the frequent mood swings in Mozart's violin works a symptom of operatic composing, or of his affliction with a rare psychiatric disorder? Rok Klopčič offers some thoughts 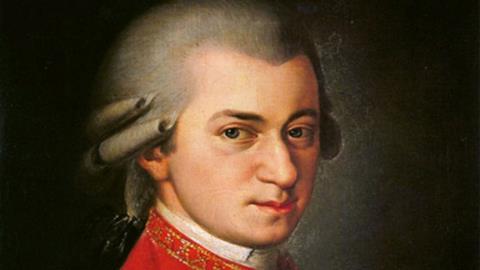 Mozart's many sudden changes of mood or character, and transitions from one 'basic element' to another cause great difficulties for performers. Polish violinist and composer Henryk Szeryng argued such tendencies were characteristic of an opera composer who must be able to plan, express, and develop different dramatic personalities. Along similar lines, British violinist Emanuel Hurwitz observed that Mozart changes his emotions so rapidly because the whole thing is basically vocal and operatic.

However, rapid changes of emotions are not necessarily a sign of operatic or vocal invention - as anybody who has listened to Wagner elaborate on a single emotional idea for five minutes can testify. The theory that one of the greatest composers - who was also an excellent violinist and proud of it - was pre-eminently under the influence of operatic writing sounds rather hollow.

An insight into Mozart's music was revealed by the Russian-born American violinist, pedagogue and conductor Eduard Schmieder, who ascribed these changes to the fact that Mozart was 'sensitive'.  Schmieder is of the opinion that Mozart changes mood 'almost every minute'.  As an example, consider bars 39-40 of the Andante from the Concerto in D major K211. Here the composer changes the mood for approximately four seconds. Such instances abound in Mozart's works.

If the usual explanations do not stand closer scrutiny we should look to other avenues of inquiry. One approach, used time and again for other composers, is to cast a glance at the artist's own personality and seek possible correlations with their music. Strangely, this approach has rarely, if ever, been exploited fully in Mozart's case. This situation might seem absurd, but we must realise that Mozart's image was for long cultivated as a combination of a heavenly gifted, innocent child prodigy, and an adult composer far away in his Olympian perfection - rarely as a full-blooded human being. For many years, aspects of his private life were thought best hidden: already in 1794 his wife Constanze was trying to suppress some statements in Schlichtegroll's (1792) Neuology at the occasion of the Graz reprinting. Only Emily Anderson's unexpurgated translation of Mozart's letters and recent recordings of some of his vocal compositions have brought to light his fondness for coprolalia - the uttering and writing of obscenities.

Nowadays, if we read some descriptions of Mozart's behaviour as seen by his contemporaries we can understand better his personality and consequently his works. 'The incontinence of emotions' (as it was later termed by Mahler and Rangell) is confirmed by contemporary accounts of the sudden changes in Mozart's moods and behaviour. Friedrich Schlichtegroll in his already mentioned Necrology writes that the expression on Mozart's face 'was memorable in... its extreme variability. His feature would alter from one instant to another' revealing what he happened to feel 'in that immediate instant.' Karoline Pichler in her memoirs tells of one occasion when Mozart improvised 'wonderfully beautiful variations' to which 'every one listened... with bated breath, and then suddenly 'in the mad mood which so often came over him, began to leap over tables and chairs, miaow like a cat, and turn somersaults like an unruly boy'.

And the artist Joseph Lange, creator of Mozart's best-known portrait, recalls in his memoirs that the great composer when writing an important work, was able to contrast 'the divine ideas of his music with sudden outbursts of vulgar platitudes'. All these reports echo the words of Leopold Mozart's letter to Baroness Waldstätten in 1782 when, referring to Wolfgang, he writes that 'two opposing elements rule his nature'.

Dr Benjamin Simkin showed in his excellent paper, 'Mozart's scatological disorder', that these character traits, together with Mozart's hyperactivity, playing with words, scatological expressions in letters and speech suggest that the composer was afflicted (or blessed) with Tourette's syndrome. Part of  'the spectrum or disorders' or simply 'interaction of genius on such disorders' might have been his frequent changes of mood and infinite wealth of melodic invention. The combination gave him boundless possibilities for expressing his soul in themes of exquisite emotional balance. In them, Mozart's genius gave expression to one of the most important facets of the human psyche: the ambivalence of our feelings.

The concept of ambivalence is nowadays usually ascribed to Sigmund Freud, 'father of psychoanalysis', but he himself in his 'Introductory lectures on psychoanalysis' (Vienna, 1915-1917) traced it to Eugen Bleuler and defined it as 'a directing of antithetical feelings towards the same person'. When, on the occasion of his 70th birthday, Freud was greeted as the 'discoverer of the unconscious', he corrected the speaker and disclaimed the title. 'The poets and philosophers before me discovered the unconscious,' he said.

It seems that Mozart in the kaleidoscope nature of his music went even further, beyond the mere dualism implied by the Bleuler-Freud definition. If we try to find a term that best describes the wonderful world of Mozart's invention I would suggest the rarely used word, polycristalline (which the Oxford dictionary defines as 'consisting of several crystals with various orientations'). In every theme of Mozart we can find 'crystals', and usually every one of them is orientated in a different direction. Just as crystals give different images under different light and from different points of observation, so these basic elements and Mozart's themes take on different meanings under different emotional states of the performers, in different stages of our knowledge of the world and ourselves, and at different times in our lives - they can, and do, influence listeners in the same way.

This article was first published in The Strad's July 1995 issue.