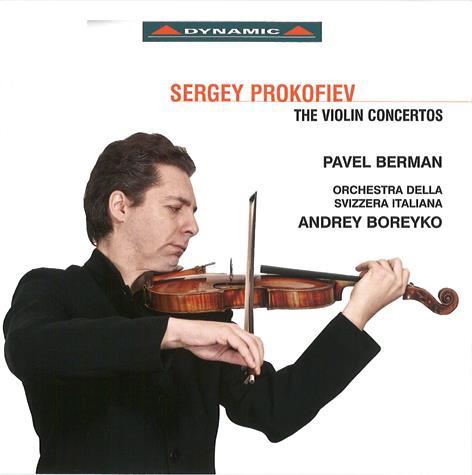 When compared with, say, Itzhak Perlman’s EMI coupling with Gennadi Rozhdestvensky or Isaac Stern’s Sony classic with Eugene Ormandy, the natural perspectives of this new recording, with Pavel Berman’s sweet-toned playing emerging seductively from the orchestral ranks, are such that one could almost be listening to different pieces. Subtle internal orchestral detail is revealed, particularly in the First Concerto, which usually lies concealed behind the solo image. There are passages in which Berman duets engagingly with solo woodwind instruments or the harp, which feel more ‘sinfonia concertante’ than a concerto proper. The effect, especially towards the end of the finale, is often magical, as Berman’s silvery purity becomes enveloped in a pulsating web of orchestral sound.

Those raised on classic accounts from David Oistrakh (EMI), Kyung Wha Chung (Decca) or Schlomo Mintz (Deutsche Grammophon), in which one can hear and feel the contract of bow on string or fingers on fingerboard, may find the effect, especially in the second concerto, initially disorientating. Yet to hear Prokofiev’s super-virtuoso writing emerging with such blemishless poise and unforced eloquence comes as a welcome relief compared to the claustrophobic intensity of most recorded accounts. The Double Violin Sonata is also beautifully played and recorded, with Prokofiev’s lyrical genius well to the fore.