Despite achieving a high level of quality, the American bow makers of the early 20th century have languished in obscurity – until now. Raphael Gold explores the lives of Frank Kovanda, Ernst Lohberg and Anders Halvarson, who all learnt their craft in the Chicago workshop of William Lewis & Son

Much has been learnt since the publication of Joseph Roda’s 1959 book Bows for Musical Instruments, yet little has been written on the life and work of the American bow makers it illustrated. When one thinks of the finest bow makers working between the 1920s and 50s, very rarely does anyone think of those working in the United States. Arguably the best American bow makers of this generation were Frank Kovanda, Ernst Julius Lohberg and Anders Ernfried Halvarson. All three of these makers worked at the well-known Chicago shop of William Lewis & Son in the 1920s, before continuing their work in different parts of the country. All three had popular followings during their lifetimes, from high-calibre musicians in top American orchestras to studio musicians throughout the nation. They were also among the best repairmen of their generation, working with such musicians as Heifetz, Milstein and Stern. Kovanda, Lohberg and Halvarson all had in common a reverence for the great master F.X. Tourte; a predilection for innovative designs; and impeccable workmanship. And although their effect on American bow making was not as influential as that of William Salchow in New York, their work had an impact on a generation of American musicians in profound if unseen ways. Together, they form the nation’s first school: the ‘School of William Lewis’. 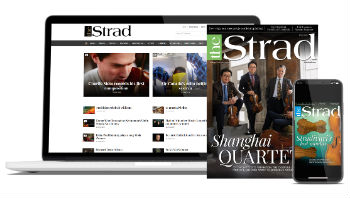