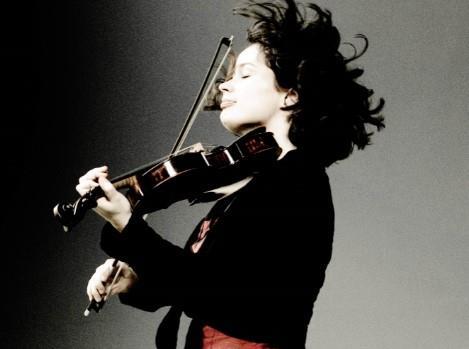 ‘Most of my music is related to the mind and body,’ says Hungarian composer Mártón Illés, whose Én-kör III for violin and cello will be premiered this month by Patricia Kopatchinskaja and Jay Campbell. ‘I’ve been observing reflexes, gestures, pain responses and other subtle stirrings in the human body,’ he continues, ‘and have been trying to recreate their energetic structures in my music.’ Illés compares the piece to his recently completed violin concerto Vont-tér: ‘Like that piece, this one consists of short, nervous gestures with an almost vocal quality. They chase each other, accumulating a great deal of energy overlap and create restless counterpoint before moving apart again. It requires power, precision and virtuosity from the performers – I’ve taken a huge amount of inspiration from Jay and Patricia’s extraordinary playing!’

The sound of Illés’s music is ‘far from commonplace’, says Patricia Kopatchinskaja. ‘I imagine gestures, signs and shadows,’ she told The Strad, ‘with the whispering of ghosts between its lines.’ Like much of Illés’s other music, Én-Kör III makes use of extended techniques that push the instruments beyond the sounds with which are familiar. ‘At first,’ the violinist explains, ‘I wondered how Márton wanted me to play some of these things, but then he arrived in Switzerland to show me. The result was astonishing – he knew exactly the sounds he wanted to hear and showed me precisely how to make them.’ Kopatchinskaja is hardly a stranger to outlandish and experimental repertoire, so why should Illés’s techniques have required a live demonstration? ‘I wanted to avoid stereotyped effects like glissandos and harmonics, or playing saltando or sul ponticello,’ he says. ‘I’ve been trying to adapt established effects like these to fit my own musical language, testing out a wide range of new techniques myself over the course of several months. I had to shape the material very carefully in order to use it to express myself as unambiguously as possible.’

The article is published in The Strad January 2020 issue. Click here to view the issue. Download the issue on desktop computer or through The Strad App.