9
How should string teachers approach an advanced adult pupil?

How should string teachers approach an advanced adult pupil?

Understanding the physique and psyche of a new adult pupil should not be taken lightly, writes Pauline Harding 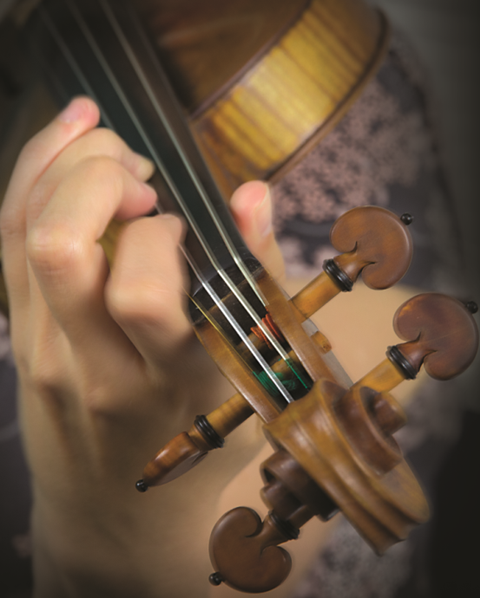 Over the past decade I have tried out a variety of violin teachers, and each has been very different from the last. Some have been enlightening and supportive; others have been off-putting and negligent. One even said (drunkenly) in a first lesson, ‘Well, you’re never going to be a soloist.’ His other words were not much more encouraging and I soon lost the will to practise. Other teachers, however, have given me a buzz that has lasted for weeks. Collectively they have made me wonder: what is the best way to approach an advanced adult pupil?

Of course, every student has his or her own peculiarities and it is unreasonable to expect any teacher, no matter how perceptive, to identify all of these within a few minutes – even a few lessons. Trial and error, patience and a desire to understand may, eventually, prove successful and enable them to help their pupils reach their full potential as efficiently as possible. Being a good psychologist is half the battle, especially with adult pupils: you have to work out how to get them to relax both physically and mentally, and not to judge themselves too harshly.

Recently a teacher told me that he gives every new student, whether a child beginner or an adult professional, the same first lesson. This involves him pushing his pupils into a universal physical model without first trying to understand how they operate – a model based, it seems, on himself. But everyone is different, and everyone should want to create their own sound, so why impose systems in such a rigorous fashion from the outset?

It can be demoralising, and it is not always fruitful. A teacher with a short neck should be sensitive to the fact that a long-necked pupil may be more comfortable with a shoulder rest, rather than trying to take it away on principle; a teacher with long fingers should consider that someone with small hands may have a different hold.

Perhaps it is more acceptable to enforce certain technical ideas when teaching a child who is learning everything for the first time, but adults who have been playing happily and pain-free for a decade or so are likely to want to build on their existing foundations rather than be forced to sculpt entirely new ones. If the purpose of the ‘same first lesson’ is to test the differences of each pupil in the mind of the teacher, then fair enough; but if a student has barely lifted the instrument before the teacher starts to give negative feedback, then that cannot be helpful.

An insensitive teacher can do a lot of damage. After I had a bad experience as a student, my playing ground to a halt and I only picked up my violin again five years later, by which time my standard had dropped and my confidence was low. My next teacher’s responsibility at this point was great: to restore my confidence and technique before taking me on to a higher standard than before.

She had an unusual approach: she instructed me to swing, flap, raise and drop my arms for ten minutes several lessons in a row, to help me ‘relax’. I obeyed, hanging on to my bow in horror. Now flustered and tense, I was asked to play a three-octave scale and did so – scratchily and out of tune. With all the good will in the world, she said, ‘Very good!’ There is a time and a place for positive reinforcement: namely when something good, however small, has been achieved. Unwarranted praise says little more than, ‘For someone of your low capabilities, that was excellent. Well done’. Not a good way to build confidence.

Since then, my best teachers have been like good parents: they have complimented what was done well and highlighted what was not. In one first lesson a few years ago a teacher listened to me play and then said, ‘You make a lovely sound. Who made your violin?’ The effect was to make me relax instantly, and to give me the confidence to create an even better sound. When something was wrong, she told me so in a very matter-of-fact manner, and rather than be demoralised I was inspired to work harder to fix it. Evidently this teacher felt that I could do better. And so I did.