The birth of Elgar’s Cello Concerto 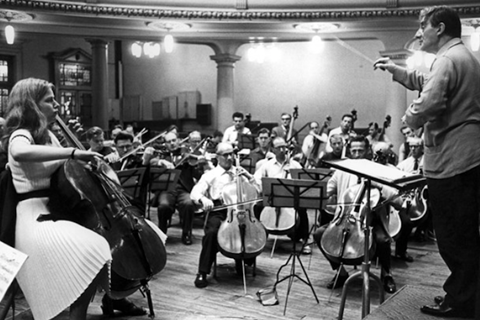 The following extract is taken from The Strad’s October 2019 issue, available to view here. To order the print edition, click here

Never, in all probability, has so great an orchestra made so lamentable a public exhibition of itself… No one seemed to have any idea of what it was the composer wanted

Early performances and recordings from the 1920s onwards by Beatrice Harrison, W.H. Squire and Pablo Casals were followed eventually by those by the great French cellists Paul Tortelier, Pierre Fournier and André Navarra, and notably the British cellist Antony Pini.

Then came the thunderbolt combination of du Pré, Barbirolli and Elgar – capturing the imagination of all who heard it. Du Pré’s unfettered emotional response to the music was quite visceral, but not necessarily what Elgar had in mind. He marked nearly every nuance very clearly in the score, and that isn’t always what we are aware of in her performances. Nevertheless, the magnetism of her personality, and the power of her playing resulted in bringing the piece to multitudes all over the world, and generally increasing its popularity incomparably.

It is a remarkable phenomenon in classical music that to this day du Pré’s interpretation is the benchmark performance of this concerto, a piece that ultimately has had a profound effect on millions of listeners of every nationality. The music conveys so strongly a powerful nostalgia for a world changed and lost forever after the disaster of the Great War, an emotion that must have been puzzling to those who heard it at the time.

To read the full article in The Strad’s October 2019 issue, click here. To order the print edition, click here