In this article from our archive, originally published in May 2012, the American violinist Rachel Barton Pine explains how she negotiated the early months of motherhood while maintaining her busy solo career 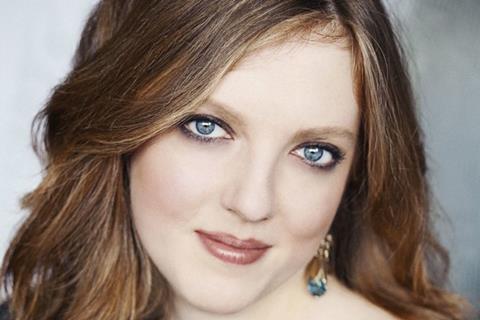 Rachel  Barton  Pine  gave  birth  to  her  daughter  Sylvia  last  September  and  was  back  on  the  road  three  weeks  later.

Pine restarted before baby Sylvia was a month old. ‘I played the  complete  Mozart  concertos  in  a  single  concert.  I  did  ask  myself, “Couldn’t I just have done easy things, like the Brahms Concerto?”  I  mostly  practised  while  she  slept  in  those  early  weeks,  and  it  really  expedited  my  recovery.  There’s  obviously  a fine line, as new mothers have to take the time to recover and not do too much. If I’d worn myself out I could have been ill. But playing music felt like such a healthy thing to do, and it was great to get back to practising. It seemed like time to reconnect with who I am. I was asked whether I was going to take any time off after  having  the  baby,  but I had  to  say,  “Performing  isn’t  what  I do, it’s who I am – I can’t take time off from who I am.”’

Pine had worried in her pregnancy that breastfeeding would be very hard going. ‘But it’s what’s recommended to be best for babies nutritionally, so I thought I should try it. And it’s been much more convenient  than carrying  bottles  about  for  travelling  –  when  my  flight’s delayed or the luggage is lost, I know I can still feed my baby. It does take a bit of extra planning. It hasn’t stopped me from doing any of my radio interviews, outreach work  or  masterclasses, but I make sure I know when I’ll get a 20-minute break to nurse Sylvia.’

Watch: Violinist Rachel Barton Pine in duet with her daughter

Taking children on tour is often a necessity in the very early days. Pine is lucky in that her husband has always toured with her, but she takes along a  nanny too. ‘Air travel can be tricky.  The violin is a bit like a child too – you can’t ignore it on a plane journey until you’ve put the stroller back  together.  Greg can watch the violin while the nanny watches the luggage and I watch the baby!’

Many soloists dread how managers and record companies will react to the news that they’re starting a family.  ‘I was very, very afraid, to make that  phone call and tell my new management agency that I was expecting,’ says Pine. ‘I didn’t want to give them the impression that I wasn’t serious  about my career. The baby was due last September and of course that’s when all the season-opening concerts are – I had to cancel them all.  But  the agency couldn’t have been more understanding. They said they’d see if the orchestras could do the concerts a year later – they really made it seem no big deal.’