While the process may be daunting, repetitive and sometimes demoralising, there is huge value to be found in preparing for auditions. Online editor and cellist Davina Shum examines five positive things to take away from preparing for orchestral auditions 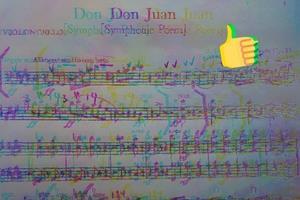 There’s got to be something positive to come out of practising Don Juan, right?!

Auditions are a huge undertaking of work for musicians the world over. The extremely rigorous and long-term preparation process draws similarities to that of a high-performing athlete; not many professions require such intensity of preparation for the chance to showcase a sliver of one’s abilities in just a few minutes.

It may feel disappointing to have worked so hard for many weeks, sometimes months, for the chance to illustrate your abilities in a short audition, only to find out you haven’t advanced to the next round - or worse, been interrupted partway through with the words, ‘Thank you, that will be all’. However, it can be heartening to remember the value of the preparation put into the audition in the first place.

Putting the fire in your belly. For many musicians, having a goal provides the necessary motivation for focused and constructive practice. You are more likely to bother getting the Scherzo from A Midsummer Night’s Dream up to tempo knowing that you’ll be playing it alone in front of a panel, than regarding it as ‘something I’ll do one day for fun’. Having an end goal around which you need to organise your daily life forces you to break your time down into manageable chunks, within which you can have…

A chance to really get to know the repertoire

Setting aside specific times to focus on your audition repertoire gives you the opportunity to be productive. This may include listening to recordings, following the score, recording yourself - hopefully if you compare your knowledge and ability of the repertoire after the audition preparation process, it will come out more favourably than before! Who knows – perhaps in 10 years you’ll be in a position where you’ll have to sightread a Mahler symphony – and luckily, despite the short notice, the excerpts at least will sound alright (You’re on your own for the rest of it though).

The opportunity to play to others

This may be to friends or colleagues, which can be surprisingly difficult, not least because you are illustrating your practice in an incredibly exposed and vulnerable way. However, it can be extremely valuable as it’s a chance to hear things from a listener’s perspective. Details that sound a certain way under your ear may come across completely different from the other side of the room, for example, the classic remark, ‘I can see your vibrato, but I can’t hear it!’

Other peoples’ opinions can give insight from different viewpoints. Perhaps a friend who has performed Don Juan before can offer a handy ‘hack’ for the opening. Singers and wind players can offer opinions on breathing and phrasing that can help you assess your bow usage. Opening up the dialogue in a non-competitive way helps inspire a constructive flow of ideas. 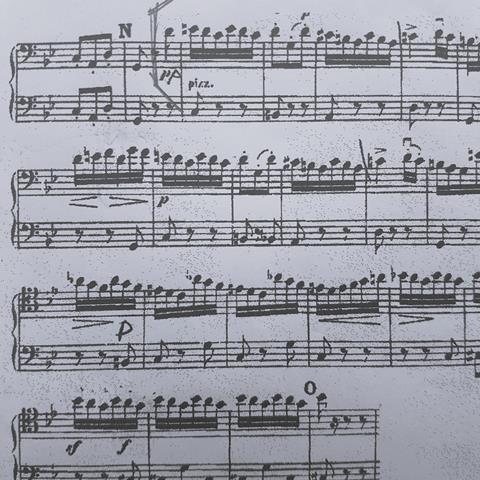 Scherzo from A Midsummer Night’s Dream, aka: ‘Thank you, that will be all’

The chance to travel.

Being musicians, we tend not to be too picky with where we are based, rather relocating depending on where the work is. Often you’ll take on an audition elsewhere from where you live – this in itself is valuable as you can scope out the vibe of the town and perhaps make you realise whether or not you actually want to live there! Otherwise, it’s a way to see how an orchestra may function in a way you’re not used to. Plus, if you have to stay overnight, it’s a chance to relish some alone time, during which you can switch off your brain (especially after the audition).

You might not win the job on the day, but that’s not to say that there aren’t any additional positive outcomes. Often an audition is a chance to secure some extra (per service) work with that orchestra, which in itself is a victory – after all, the panel liked your playing enough to envision sitting next to you once in a while (or getting the job done while they’re on holiday).

It’s also a chance to meet other people who play your instrument. Aside from the hideous communal waiting room common in some parts of the world, where all the candidates are ‘warming up’ (read: surreptitiously judging other people’s playing), often the time after the audition is a wonderful chance to meet new people. Especially if you don’t get through to the next round. Who better to have a celebratory/consoling drink with than colleagues who have been through the same pressures as yourself? Commiserations all round, but at least we have each other.

So while it can feel like the audition preparation process is a seemingly endless rigmarole, remember there is always something to gain from your efforts. You’ll never be starting completely from scratch, but rather raising your current base-level each time.