To bring out all the joy, innocence and darkness in this first movement, it is essential to understand its combined roots in classical composition and Norwegian folk music, explains Eldbjørg Hemsing 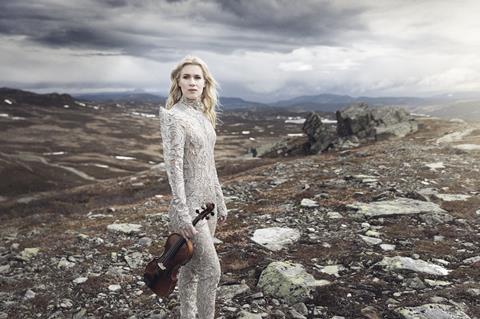 Grieg’s violin sonatas are not complicated to play technically. More difficult is to bring them alive with Norwegian sounds and colours, with the right balance of romanticism and lyricism. They should sound almost improvised, with a sense of freedom and playfulness in the tempos. They also need to sound clean and lyrical, without overly dramatic or emotional rubato but without ever sounding too ‘correct’ or metronomic. For a truly Norwegian feel, they need a character that is innocent and optimistic but has an underlying sense of darkness.

I grew up listening to Grieg’s music and I love this sonata for its incredible positive energy and enthusiasm. It shines in such a lyrical, pure way. Grieg wrote it in about three weeks in 1867, directly after marrying his first cousin, the great soprano Nina Hagerup. He was evidently in a very good mood and that makes it so much fun to play. It is very much in his own musical language, but it is also the most Norwegian sounding of the violin sonatas, for its incorporation of Norwegian folk materials. It’s a masterwork, the way he combines his different themes makes total sense, and it hits all the right spots for me.

Getting to grips with Norwegian folk music

Grieg was classically trained in Leipzig, but he was also heavily influenced by Norwegian folk melody. He travelled around Norway to annotate these sounds partly on the instigation of his aunt’s brother-in-law, Ole Bull. Known as the ‘Nordic Paganini’, Bull encouraged him to write music to represent Norway as a nation, because after his own world travels in the 1800s, he felt Norway lacked any real national identity. Nowadays we call Grieg ‘the sound of Norway’ because he worked so hard to note down the country’s folk melodies. For us Norwegians it is a pride and joy to play his music, because we feel that it really comes from the roots of the people.

To build a good connection with Grieg’s music, it is very helpful to develop a clear understanding of Norwegian folk rhythm and phrasing. You have to feel the beat and rhythm in your body without interfering or trying to stretch the bars too much, and without imposing a classical sense of direction on the phrase. At the same time, of course, this is a classical piece, so it is important to find a balance between that folk feeling and Grieg’s language as a classical composer.