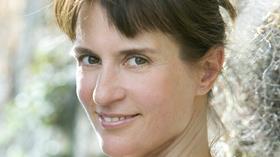 We played Bach at the Moscow Conservatoire when I was studying — you had to play Bach, like you had to play scales and you had to play Paganini. But later I met the bassoonist Marco Postinghel, and we talked a lot about Baroque music — he told me that there were so many ways to play it. I realised that I hadn’t really known anything about Bach’s music, so I went away to listen to lots of recordings.

Even then, I couldn’t imagine that one day I’d be playing on gut strings with a Baroque bow. The first time I played on gut strings it was very strange — I’ve got perfect pitch and I felt like I wasn’t playing in tune. The first concert I did on gut strings was around 1995, and I slowly started playing more and more concerts in that way.

Then I was introduced to Giovanni Antonini, who directs Il Giardino Armonico, the ensemble I was most fascinated by. He asked if I’d like to play with the orchestra — I jumped at the chance. That was the beginning of many concerts together. Giovanni told me it wasn’t enough just to know the rules to play Baroque music — you have to integrate the whole style and breathe with the music. So initially I learnt about Baroque style through playing with musicians. I heard from the players in Il Giardino Armonico that they had rules, but they always break the rules, even in Baroque music.

It was good to hear — I hate rules. The players used to laugh about vibrato — they’d tell me that when Antonini went to conduct big orchestras, the musicians would automatically start playing without vibrato. He’d ask, ‘Why are you not using vibrato?’ And they’d say it was because they were playing Baroque music.

He found it very funny, because in Baroque music you use lots of vibrato. It’s a different kind of vibrato, of course, but if you use it correctly, it’s very beautiful. For me, learning Baroque style was a case of intuition and working with great musicians. I recorded the Bach violin sonatas with harpsichordist Ottavio Dantone, and he’d sing how he thought the phrases should be done.

Just by imitating his voice I had to adjust my technique. Nobody told me you had to hold your bow with your elbow lower, or use more wrist — I just came to those conclusions myself.

A Baroque bow tells you how to play, because this music was written for one. If I try to play Bach with a modern bow now, it’s very hard — almost unplayable. When I was younger I couldn’t make it work — it sounded scratchy and very loud, and there were no dynamics or articulation. I think the problem was using the wrong bow.

My advice to students now is to try and play with a Baroque bow and to learn from it — and you should also listen with an open mind to good musicians and period-instrument groups and how they play this music. 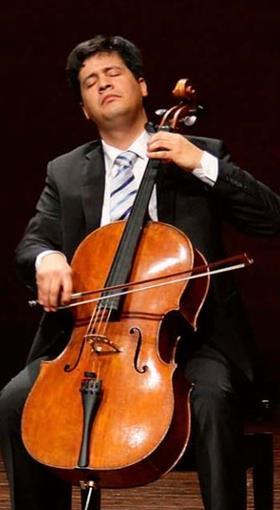 There is no absolute truth when you approach the Bach Cello Suites: we don’t have a manuscript by Bach, only copies by his wife Anna Magdalena and some of his students.

So it’s a detective job to start a journey with them. In the first four bars of the First Suite in Anna Magdalena’s manuscript, for instance, each one has a different articulation. If the person who’s probably closest to him both musically and personally writes four different articulations, that’s very controversial.

I was exposed to this issue very strongly when I took masterclasses with Anner Bylsma — he’s an absolute hero for me because of his knowledge of scores and of early music in general. He’s a very inspiring personality, with an incredible amount of enthusiasm.

When I took lessons with him, it was a revelation — until then I was more influenced by so-called Romantic cello playing, which is all about the beauty of the sound, singing phrases, big lines — which is also legitimate, of course, depending on the repertoire.

But if you apply the same Romantic tools to playing Baroque music, it’s like trying to eat soup with chopsticks — you might find a way, but it’s not meant to be like that. Anner Bylsma strongly believes that only Anna Magdalena can be taken as a trustworthy source, so the first four bars have to be played irregularly.

I remember talking to my teacher, Boris Pergamenschikow, though, and he had trouble believing that Bach would write irregular articulations like that, because in all his other major pieces, he would have repeating ideas and keep to the same articulation for them. But what is the truth? We don’t know.

I read the Leopold Mozart treatise as research — it’s not a boring or scientific rule book, but instead you get the sense of someone who’s fascinated and enthusiastic about music.

One of the most beautiful passages in it is about vibrato. There’s often a misunderstanding in Baroque music, that it should be played without vibrato. But that’s only half the truth. Leopold Mozart writes that vibrato is like a tremolo, and he compares it to a church bell — if you hit a bell, there’s a clear sound at the beginning, then shortly afterwards you have an oscillation, a ringing, which is basically a kind of vibrato. He says that you should try and translate this natural effect on to your instrument.

My study of Bach has affected my playing of later composers enormously. Bach is the basis for all classical music, and if you’re a good Bach player, you’ll easily be able to approach composers such as Schumann and Brahms who were very influenced by Bach’s techniques and music. I confess that I don’t play on gut strings, nor in Baroque tuning.

But I think if you respect the basic principles, like harmony and articulation, on a modern instrument, it’s legitimate. And in Bach’s time it was common practice to arrange pieces originally written for one instrument for another, so I can’t imagine these composers would be against the idea of playing their music on modern strings.

For a newcomer coming into this world, you have to become a Sherlock Holmes, and remain a Sherlock Holmes. Even today, I study the score of the Bach Cello Suites over and over again, to see them from different perspectives. If you really make the effort to study them, your joy at discovering this music will be even deeper. And you’ll learn not only to sing — because of course Bach sings — but to speak, to dance, and even to make musical jokes. 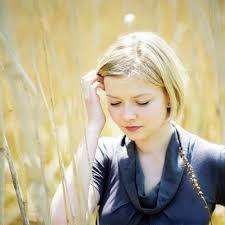 I started listening to a lot of period performances when I was a teenager, and when I went to the Guildhall School of Music and Drama in London, I had Baroque violin lessons and really enjoyed them. I took it as a second study.

When I first started, my teacher, Oliver Webber, showed me a technique where he held the violin very low down with no shoulder rest and no chin rest, so that playing it felt different. I did lots of exercises and readjusted everything to be able to do that.

I think that it meant that I now use my left-hand thumb a lot more, to shift and hold the violin. It changed everything I do, in my modern violin playing too. Shortly after I started playing Baroque violin, I took my shoulder rest off altogether — it happened from one day to the next. I tried to play using a small sponge instead of a shoulder rest, and I’ve never used a shoulder rest since. I also read some books — quite a lot on dance, to find out about what characteristics each dance had, what speed they would have been taken and how they would have been performed.

In my Baroque violin lessons, my teachers would tell me about harmony, and about the main beats, but once you get the feel of the dance behind the music, you’re within it. It stops being about what has to be louder, quieter, stronger or weaker — after a while, you just get into the groove. It’s also very different to play with a Baroque bow.

When you have to do everything with the bow, you develop certain new techniques. And gut strings give you a different feeling — you can’t make a sudden attack in the same way as you can with metal strings, for instance. I love playing with gut strings — the freedom that their resonance gives you, and the earthy sounds you can get. In the beginning it was difficult to switch between Baroque and modern violins, but after a while I started to see them as two different instruments — it’s like someone switching between violin and viola. 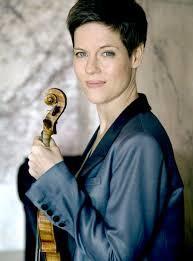 All professional violinists play the solo Sonatas and Partitas by Bach, of course, and I started to learn them at a very tender age and then continued during my studies at the Musikhochschule Detmold. But this was learning Bach in a very technically concerned way — I was not directly confronted with many historical playing issues at that time. My teacher, Christoph Poppen, was in contact with people who were looking into those things, and back then, I already had an open ear for historically informed playing.

But it was after my studies that I started to become seriously interested, encouraged by colleagues around me, and by coming into contact with more and more period ensembles and players. I remember my first time playing on gut strings, with Concerto Köln — it was quite a revelation for me. Research is an incredibly important part of the work.

There’s so little first-hand information, but there’s a lot of literature by Bach’s contemporaries — although you still have to make up your own mind about it, because often those writings tell you completely contradictory things. Bach is a unique composer, with a way of writing universal music that’s at the same time extremely intimate and personal, such that no two players see his music in the same way.

It allows you a lot of freedom, but it also leaves you with a lot of uncertainty — am I going in the right direction, or is it completely wrong? Although I am aware that older music has to be played in a way that connects with listeners nowadays — after all, we’re interpreters today, not in Bach’s time — for me, with any composer, the most important thing is to try and find out about their actual musical language and intentions.

Of course, blindly following the traditions or recordings you heard when you were a child isn’t the best way to get as close as possible to the composer’s ideas! Bach’s violin repertoire is one of the biggest challenges in this respect, and there will never be a chance of being 100 per cent sure about the music, but for me the journey is the reward.

There are orchestras that are less aware of such stylistic matters, but many are very interested in and thankful for the influences that come from historical thinking. It’s an exciting time — things are changing, and many non-historical groups are eager to learn and develop in this area.

Nowadays, if students are interested in historical playing and are curious enough to look into what’s happening around them, there are lots of possibilities for listening to masterclasses and studying with wonderful historically informed teachers. They should experiment with gut strings, see how they feel, and try to get hold of a Baroque bow. If I was a student now, I’d jump at those opportunities and learn as much as I possibly could.

This article appeared in The Strad’s July 2013 issue