As he marks 25 years with the Diotima Quartet, the French violist talks about life as a chamber musician and the importance of conversing with peers 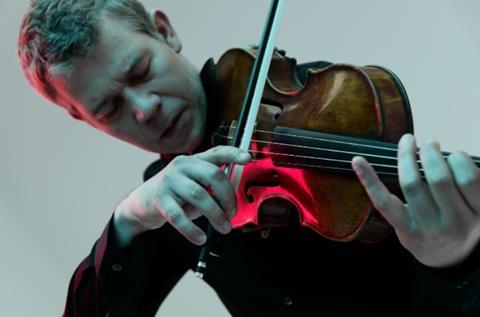 I have more childhood memories of my musical environment than of my viola lessons. In my home town of Caen, Normandy, we had a fantastic contemporary music festival and at the age of eight I was lucky enough to meet people like Stockhausen, Berio and Xenakis. It definitely had an impact on my professional career, seeing as I now frequently play premieres with Diotima. During the 1980s in France there was also a revolution in Baroque music as it came into ordinary musical life. I was deeply affected by the group Les Arts Florissants and their brilliant leader William Christie, who were in residence in Caen. Having both the Baroque and contemporary styles around me gave me a well-rounded start to my musical life. 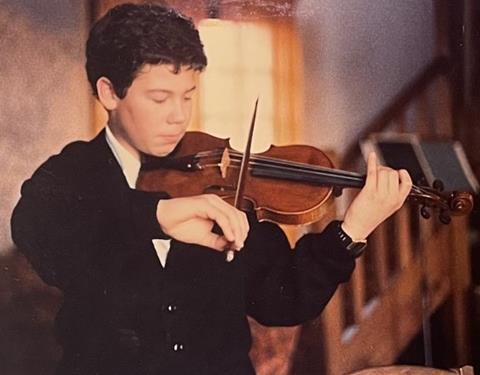 Franck Chevalier at the age of twelve

Moving to Paris when I was 20 to attend conservatoire was a dream for me. After 14 years with the same teacher, it was an enormous change. And while I remember my lessons with Jean Sulem fondly, it was the discussions with my peers that really shaped me. It is vital to learn from your colleagues – maybe even more important than your lessons. It enlarges your spirit and way of thinking. It was also an exciting period in France for the string quartet genre. I had the chance to hear and have lessons with some very important chamber players of the time. I formed Diotima in my fourth year with its current cellist, Pierre Morlet. We never expected to earn money from the group, let alone become full-time quartet players for 25 years. I had never realised what a fascinating world it was.

Playing in a quartet can be difficult in terms of interpersonal relationships. And there’s no secret to it. Having Pierre with me for so long has provided stability, but with incoming members we have tried to include young musicians. It is a way to bring new blood into the group and stay connected to current generations. The most important thing is to be focused on the success of the group; then you can deal with anything. Problems arise when the quality decreases. It’s the same with all musical bands, whether it’s the Beatles or a Baroque ensemble. Being focused is something we learnt from Boulez, whose answers to our questions were always just one word. You can have very deep discussions when you are that concentrated.

Read: 9 tips on playing the Ravel and Debussy quartets

The film The Leopard contains a quote that I find very relevant to the current state of the music industry: ‘If we want everything to remain as it is, then everything must change.’ Classical music has and always will be a language that can help all of society. The more we can do to keep it that way, the more we will ensure it doesn’t disappear. We have to look for what doesn’t change, question the past but not be too radical about it, and accept the new generation’s ideas.