Students must be helped to find the right advice from the beginning, says the Italian violinist, who reflects on her own formative experiences 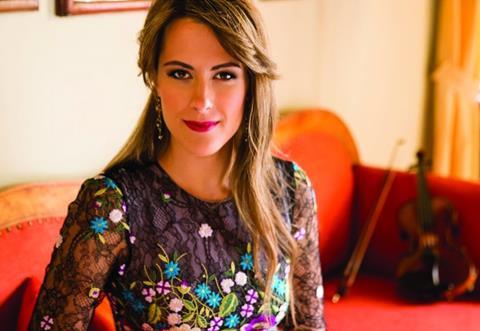 I find teaching very daunting partly because Daniele Gay, who was my mentor from when I was nine until I left to study at the Royal College of Music, showed me just how powerful good teaching can be. He helped me build the wings I needed to take flight but I could always go back to him for advice; just by nodding his head he would reassure me I was on the right track. There was no competition at all between his students, and the fact we’re all still so close to one another today is a testament to the amazing sense of family he created.

When he died two years ago the news came as a terrible blow. I didn’t need a teacher in the same way I had when I was younger, but I suddenly felt as if I’d been left to get on with things on my own. As you develop, the conductors, orchestral players and chamber partners you work with become your teachers instead but when you’re younger you don’t need ten different viewpoints. You need someone who will say the same things to you over and over again until they finally fall into place.

We need to listen out for talent in places we wouldn’t necessarily expect to hear it. You can find it in the conservatoires, of course, but everyone there is already privileged just on account of being in that environment. As in all areas of life, there’s a real problem in classical music of unexpressed talent, by which I mean players who haven’t been supported to become the best musicians they can be.

Finding the right teacher from the very beginning is so important, but it requires courage as well as a lot of support that not everyone has. Early experiences we feel secure in and that we can fall back on are crucial for building the strength required for the highly competitive world we enter as our playing evolves.

I remember going to Genoa to see Paganini’s ‘Cannone’ Guarneri ‘del Gesù’ violin when I was growing up. Later, the opportunity to play a short recital on it was part of the top prize at the Paganini Competition when I took part in 2008, but I didn’t win. Soon after, the instrument was retired completely for reasons of conservation and so when I was asked last year to perform Paganini’s First Violin Concerto on it, it came as an incredible surprise. Since his death in 1840, no violinist has played it for an extended period of time – Paganini’s voice is still very much there inside the wood.

It isn’t an easy instrument to get along with; it doesn’t accept any nonsense or nervousness and has given plenty of people lots of trouble. I would very happily have taken it home with me, but sadly the violin comes with its own six-person security detail. Harmonics sound especially wonderful, which goes some way to explaining why Paganini’s music is so full of them. ‘You horrible man,’ I thought. ‘You give us all these fiendishly difficult things to play but they sounded so good for you because you had this amazing instrument to help!’