Cellist Christian-Pierre La Marca: being an active artist in society

In the September 2021 Session Report, Tom Stewart speaks to cellist Christian-Pierre La Marca about how classical artists can use their platform to raise awareness of environmental and humanitarian issues 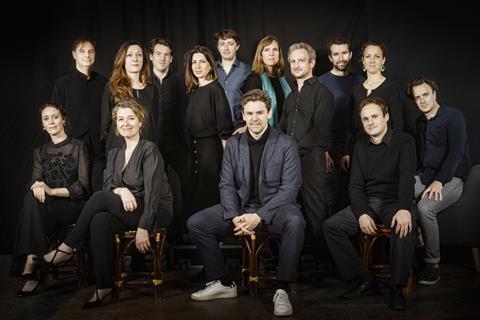 The following extract is from The Strad’s September issue Session Report on Christian-Pierre La Marca’s recording Wonderful World. To read it in full, click here to subscribe and login. The September 2021 digital magazine and print edition are on sale now

It isn’t hard to understand why French cellist Christian-Pierre La Marca felt overwhelmed by the scale of the challenges that humanity faces. Earlier this year, the usually cool, rainy cities of Vancouver and Seattle experienced five days of temperatures close to 50C. Meanwhile, as vaccines begin to allow citizens of rich nations to return to their pre-Covid lives, the largely unvaccinated developing world continues to bear the brunt of the pandemic. And the disrupted relationship with nature that gave rise to Covid-19 in the first place has, according to the UN, put more than a million species at risk of extinction this century. ‘The problems are clear but the way we can engage with them as artists is not,’ says La Marca. ‘This preoccupied me for many years because I didn’t know how to be an artist active in society. Classical musicians used to have a platform they could use to speak out about things they considered important, but it isn’t so much the case today. We have to be courageous and take positions on broader issues again.’

La Marca began to assemble a team of like-minded players to put on a concert for GoodPlanet, an organisation founded in 2005 by French environmental activist and film-maker Yann Arthus-Bertrand. ‘GoodPlanet promotes environmental causes and sustainable development,’ La Marca explains. ‘That first concert raised enough money to build a school in Morocco, and the plan for the second was to fund a reforestation project in the Amazon.’ The likes of the Ébène Quartet and dancers from the Paris Opera were lined up to take part in the 2020 iteration, though Covid put paid to that. Undeterred, La Marca set to work on a double CD inspired by the success of 2019’s live show. ‘I had to build a programme around me and my cello which would give people a new way to think about the environment,’ he says. ‘It took me a long time to decide on the precise architecture, but including 15 photos by Yann that show the beauty and fragility of the earth helped to suggest a structure. There are texts, too, by writers including Al Gore, David Attenborough and Pope Francis that reflect the disc’s title, Wonderful World.’ For La Marca, the most important thing was to help people reflect on the beauty of the Earth without ‘lecturing’ them about what they should or shouldn’t be doing themselves.

The recording comprises some 35 tracks, most of them short, arranged according to themes including ‘the earth cry and the human cry’, ‘biodiversity loss’ and ‘songs of praise’. La Marca appears on each performance, joined by pianists including Nathanaël Gouin and Baptiste Trotignon, soprano Patricia Petibon and string players from the Orchestre de Paris, who he directs from the cello. The familiar, accessible tone of the music is set by the first piece, an arrangement of ‘Over the Rainbow’, while perennial favourites including Fauré’s Après un Rêve and ‘The Swan’ from Saint-Saëns’s Carnival of the Animals also make an appearance. ‘The whole idea was to bring the message to the widest audience possible,’ says La Marca. ‘I tried to find music in my repertoire that described the subject matter and would help to enrich the impact of Yann’s photos.’