The Suzuki teacher trainer and violin pedagogue advises students on how to keep the attention of a class, and emphasises the importance of repetition 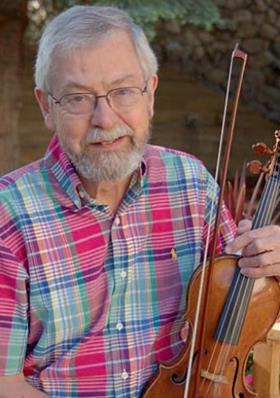 Why do you ask your Suzuki student teachers to work with beginner children?

A child’s first teacher is the most important, and has the most difficult task. It’s vital that my students experience what it’s like to help their own students build basic skills in a way that is not going to lead to physical problems later on, so the emphasis needs to be at the beginner level. If the basics – for example, holding the instrument and the bow – are established early on, the next steps will follow much more easily and quickly.

What teaching tools have you found to be effective?

Many students start with the idea that they should teach exactly as their teacher taught them. Class discussions help them to reach a different understanding of what is involved in playing the violin, and to learn that every student has completely different needs. My students also observe a lot of lessons at the various levels we’ve been discussing in class – as far as scheduling allows. This is an enormous learning experience for them: they see some good things, but they also see things that don’t work. From that, they have more of an idea of what they are going to encounter as a teacher.

Can you give an example of something that hasn’t worked?

Sometimes there are behavioural issues, particularly with very young students. I was watching a class recently where a very young and bright little boy managed to manipulate his student teacher so that he was controlling the situation completely, by saying things like, ‘No, I’m not going to do that – I’m going to do this.’ The young teacher gave into some of this and it was quite a disaster.

How did you turn the situation around?

The student teacher and I talked about the problem considerably. Next lesson, the boy went along armed with toys, which he planned to play with, but the teacher said to him, ‘I am the king, and you can’t do anything until I tell you.’ The child was so taken aback that he cooperated. This particular young man was able to say this in a way that was playful, yet it was quite clear that he meant it. The purposes of learning an instrument from so young an age are not only musical. If children aren’t in school by the time they start, it’s frequently the most discipline that has been asked of them – and they’re being asked to follow quite sophisticated instructions.

How should teacher trainees focus a difficult class?

Suzuki asked his students to give a bow at the beginning and end of every lesson – and I recommend that other Suzuki teachers do the same. Although this is not a normal part of Western culture, it is a wonderful way of showing mutual respect between student and teacher. The time and ability of each student is then stretched between these bows. Bowing also gets the students’ attention and helps them to focus.

In addition, at the time students finish one activity you should know exactly what you’re going to do next, then go immediately to that. If there’s any hesitation, it’s very easy to lose a group’s attention. Of course, what motivates a seven-year-old is not going to motivate a 17-year-old. You have to learn to respond to what the students do and work accordingly.

How can teachers of non-Suzuki students benefit from Suzuki teacher training?

One thing inherent in the Suzuki method is the concept of breaking things down into small steps. Very often a student will say, ‘Oh yes, I understand.’ And they might understand, but doing something is another issue. Knowledge does not equal skill. The Suzuki method helps teachers to analyse a problem, to see what is causing it, and then to build on it bit by bit. They need to realise the importance of repeating the basic skills over and over again, reviewing and refreshing them at the beginning of each lesson. They should think in terms of theme and variations: you can work on the same thing in different ways, perhaps with different activities. It is important to repeat a skill more than is necessary, so that the issue is completely internalised.