Are masterclasses an essential part of a musician’s training?

Or just a way for students to get bigger names on their CVs? Are they more likely to inspire or confuse? Teachers from around the world give their opinions 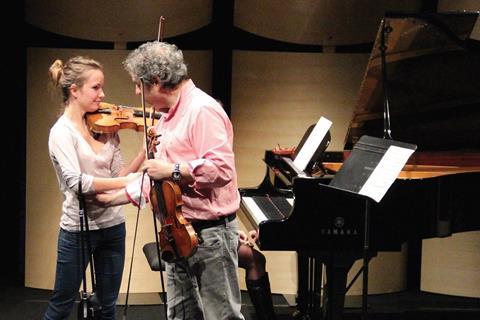 Vernikov teaching a student at a masterclass in Mirecourt, France
Photo Pauline Harding

I give a lot of masterclasses, and I see a lot of students who play well technically but seem confused. When I look at their CVs, they say they have studied in Russia, Europe and America and have taken dozens of masterclasses; but I’m only interested in whether those classes were useful or not.

Many take masterclasses simply to write the teacher’s name on their CVs; often the same is true of entering competitions. Sometimes I feel this is a mistake, particularly if a student is already studying with a great teacher. Why do they need to take masterclasses with other players?

I never took masterclasses as a student. Instead, I heard and met many great players – Isaac Stern, Mstislav Rostropovich, Natalia Gutman, Oleg Kagan, Sviatoslav Richter – and my teacher asked their opinions to help with my playing. I played with some of them, too, which helped me enormously, but it was never like a masterclass. It’s normal for students to get confused if they take too many masterclasses and receive too many opinions.

But masterclasses can be useful if a student is looking for a new teacher – if they leave a class feeling happy, or disappointed, they will have a good idea of that person’s way of teaching. Masterclasses are also a great way of meeting new friends and colleagues, and of seeing new countries and cultures. 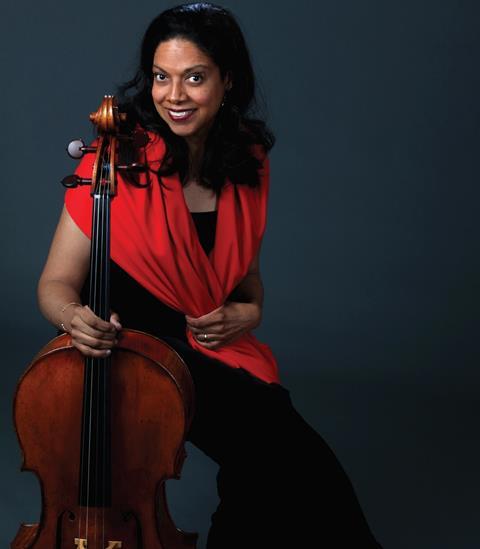 I think a masterclass can be a unique and wonderful opportunity: one of the most productive ways for students to receive instruction, if handled well, and a chance for them to get real insights into how a prominent teacher thinks. It’s also wonderful for an audience to see learning in action, and to discover the things a performer considers while on stage.

I took masterclasses when I was younger, and I was never 100 per cent comfortable, but that’s important – it’s an opportunity to practise being yourself while people are watching, which is ultimately what we have to get good at.

I once took part in a summer-long course with William Pleeth; a group of us met every day for masterclasses. He was unique in his ability to make all of us feel as comfortable as possible through the force of his personality and his love for the cello. With him, everything was about beauty, elegance, style and emotional commitment.

Once I played for him and he asked me to start again and to tell him about my day. I stopped playing and asked him what he meant, but he said, ‘No, keep playing, and tell me about your day.’ So after several false starts and much embarrassed laughter, I started playing, clumsily at first, and recited what I’d been doing. Eventually I started blazing through my passagework and feeling normal about it, and more relaxed than I’d ever been on stage. It was a great way to preoccupy my mind so that I couldn’t critique myself into discomfort while playing.

I use a lot of the same ideas in my teaching now, to occupy the critical mind when it’s insinuating itself in performance. I think it’s useful for students to have multiple sources of feedback on their playing. It’s important for all of us, when we’re young and building our CVs, to show we’ve been mentored by as many wonderful artists as possible.

Masterclasses can also be important for students looking for future teachers – they give an opportunity for a preview. The danger of information overload always exists, but teachers can help students metabolise, summarise and use this information in useful ways. And it’s part of the deal for students to feel a little confused sometimes, to have to sift, understand and question, and even be a little frustrated.

W hen I was a student the viola was not considered to be a solo instrument. During my time studying in Israel, only one violist – William Primrose – performed with the Israel Philharmonic, and as a result I never took any masterclasses at all. Masterclasses for viola are much more common today, of course, but I still don’t feel as though I missed out on anything.

I find giving masterclasses fascinating. It’s like trying to be a good doctor – you have to improve your ‘patient’ however you can. When you work with your own students you see them again and again, but it’s very different in a masterclass. I try to encourage and not to question what has already been taught, and to be sensitive to the ways in which students will react differently to my advice.

Masterclasses can be counterproductive. Sometimes students come more with an idea of showing what they can do; sometimes they like to be able to say they studied with a whole list of teachers, when actually they just saw each one for a few minutes. It must be difficult for them going from masterclass to masterclass, and I wonder what they are looking for, and whether they know how to select advice to help them build and grow. If not, it’s simply a mishmash of information without any core.

But overall I think it’s a wonderful thing to share advice. I encourage my students to take masterclasses because I think we can always learn. I wish there was more of a sense of sharing within the professional world as well. 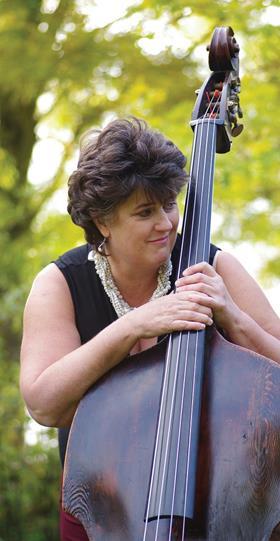 I didn’t really do masterclasses as a student, but nowadays people start the double bass earlier and do masterclasses like any other learner. The experience is still quite different for double bassists, though. With the string quartet instruments, masterclasses can be about the music, the experience, the communication – all those high-level things – whereas with bass players masterclasses tend to deal with posture or the nuts and bolts of playing.

And that’s simply because the instrument is so huge! I like my students to do masterclasses; I enjoy exposing them to different teachers and discovering how they react. It can give a whole openness to their learning and really bring out their confidence. It also gives me an entirely different perspective as their regular teacher. But I don’t like students to take masterclasses too soon.

At Bass Club, the double bass teaching programme I run, we have what we call ‘cosy masterclasses’, which are basically performance classes where students get used to playing in front of other people. We tend to continue those up until they’re at quite an accomplished level. It makes a big difference to have these cosy masterclasses in small groups – just three to five students – because all the participants are learning at the same time, and the person playing is performing in public but it’s not hugely terrifying. It’s a very humane way of conducting a masterclass.

I can understand that having masterclasses too often can be confusing for a student, but that simply isn’t going to happen with the double bass because there are so few masterclasses. I can also see that they can be quite detrimental if a regular teacher is trying to work on technique or performance in quite a lot of detail. They can also be problematic in a music college if certain students don’t feel they can even apply for a masterclass with a prominent visiting teacher, because they don’t think they’re as good as other students. But that’s a problem across all instruments. 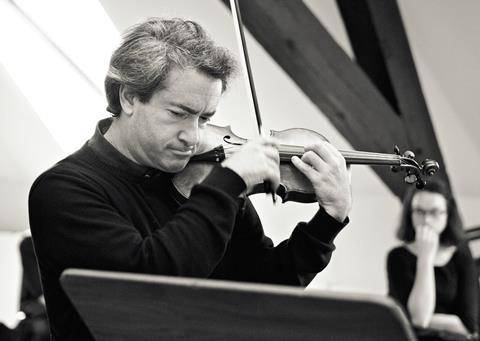 I started taking masterclasses at the age of about twelve, mainly in the Jerusalem Music Centre, which Isaac Stern founded primarily to be able to invite great figures to give masterclasses. I played for musicians including Stern several times a year, as well as many others including Szeryng, Menuhin, Ivry Gitlis, Gingold and Shlomo Mintz.

I remember one particular occasion when I played for a masterclass and Stern was in the audience. The lesson was OK but on the dry side, and as it was finishing and everyone was about to leave, he stood up and said: ‘You stay there.’ He asked for the doors to be closed and told me to play. I wondered what I’d done wrong! But it turned out that he was upset at the masterclass itself. I don’t even remember the specific things he told me. The most important thing was the boost of energy he created, and the way he used the music to communicate.

If a student comes to a masterclass simply to show off, that can be very negative

It was a similar case in masterclasses with Arnold Steinhardt and Joseph Silverstein: I left thinking I wanted to play better, and I was inspired to play better. In a masterclass a teacher can’t do much in detail, but they can open your mind to different ideas and make you feel very positive about the music and what you can achieve.

Today, more than ever before, there are visiting artists everywhere and many possibilities to play for more people, even if it’s on a video screen. In some ways it’s vital – it’s simply part of education now, and the younger generation is more used to taking in information in this way.

If a student comes to a masterclass simply to show off, that can be very negative. Likewise, it can be a problem if a teacher has a strong personality and can only see one way of doing things. I always try to stress that what I’m teaching is just how I myself would do something. The way the student chooses to do things is very important. Their own attitude is key.

First published in the November 2015 issue of The Strad