In this extract from the August 2021 issue, Lewis Kaplan concludes his analysis of the Bach’s Solo Violin Sonatas and Partitas 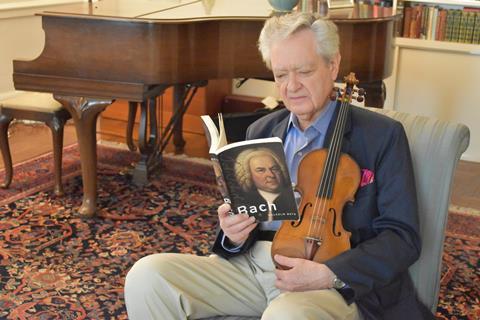 For the Third Partita BWV1006 we are in E major, a bright key without inhibitions. This is the only occasion in these pieces where Bach opens with a prelude, though he opens with one in each of the six Cello Suites, which perhaps came after the violin set. As I asked in my previous article on the three sonatas, how does Bach retain interest in a movement that is almost entirely in semiquavers? I think it is his use of patterns that contrast at just the right moment and, of course, his harmony. He even dares to go to G sharp major (with its six sharps and one double sharp) in bars 39 and 40. It is throughout a virtuosic display of colour.

Next is the Loure, a moderately slow type of dance that possibly had its origins in Normandy. It is written in 6/4, but its gesture lies in a large feeling of two, each half of the bar basically bowed down–down–up. The dotted rhythm gives it a lilting feeling, but Bach’s harmony gives it complexity and a touch of seriousness.

The Gavotte en rondeau is fun, similar to the bourées discussed here but a bit broader and with a two-note emphasised up-beat. The opening eight bars are quite danceable, but what makes the movement especially interesting is how Bach moves further away from the dance with each alternating episode in the rondo form.

Bach follows with two minuets, and there’s no surprise here. Minuets come in tempos ranging from fairly slow to fairly fast. These two offer great flexibility, but keep in mind that the third beat of a minuet is an invitation to the first. Bach’s second minuet is a contrast to the first, in that it moves stepwise and the opening four bars, as indicated with slurs by Bach, are legato. He alternates the legato bars with more rhythmic ones, reminding us that we are still playing minuets.

The Bourée is similar to the earlier Tempo di borea in B minor, in gesture and in tempo, and in the way it is joyous and uninhibited. It is, however, considerably shorter. Bach takes full advantage of his key of E major. In the concluding 6/8 Gigue, he swings to and fro in each bar, in a bright, sunny, light-hearted conclusion to the Third Partita (example 6). 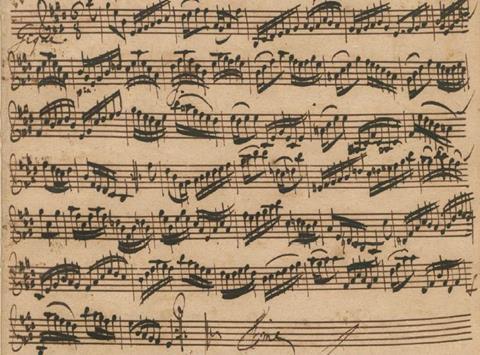