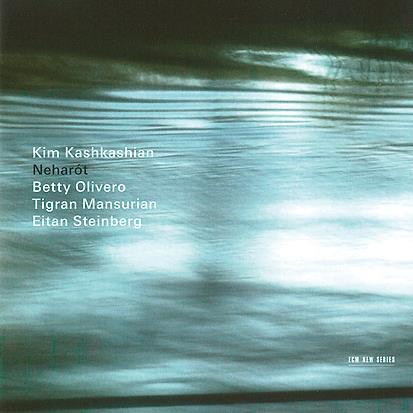 This new disc from the American-born violist Kim Kashkashian combines music reflecting her Armenian cultural heritage with two major new works by Israeli composers. Throughout, she achieves a remarkable balance between a technically immaculate precision and an earthy passion, delivering performances of studied commitment and palpable emotion.

The tone is generally dark. The Three Arias by respected Armenian composer Tigran Mansurian convey a heartfelt longing for some of his country’s historic sites that are now in Turkish territory. Kashkashian brings a real vocal quality to the solo line, highlighting the work’s origins in song, and her use of an intense, often penetrating vibrato and subtle portamento embues the work with a bittersweet sadness. Tagh for the Funeral of the Lord continues the vocal focus, and here Kashkashian makes the most of the microtonal inflections that colour her sombre, serious solo line.

In Rava Deravin by the Israeli composer Eitan Steinberg, the Kuss Quartet provides strongly characterised backdrops for Kashkashian’s poised delivery of a wide-ranging solo line. But it’s the opener, Neharót Neharót by Betty Olivero, that proves the disc’s real find, combining soaring Middle Eastern melodies with Monteverdi quotations to startling effect. Kashkashian brings a breathy, velvety sound to some of her poignant melodic twists and turns, and intertwines gracefully with an accordion in some moving duet passages. The work’s dark passion matches Kashkashian’s playing to a tee. Sound is exemplary throughout.