Intriguing commissions on a contemplation of lockdown solitude 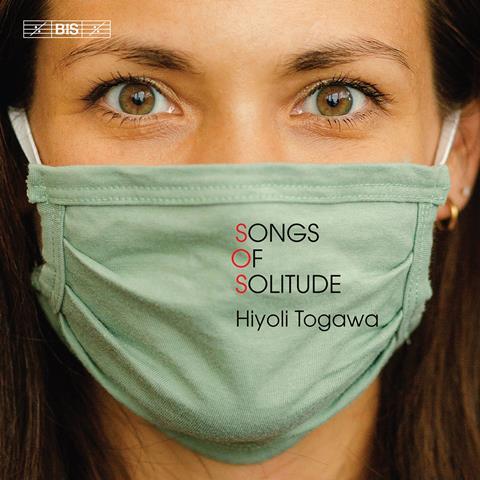 Description: Intriguing commissions on a contemplation of lockdown solitude

The confinement enforced upon the world since the beginning of last year has brought forth many encouraging musical projects. This recording brings together music written during 2020 at the instigation of Berlin-based violist Hiyoli Togawa, nicely counterpointed by the sarabandes from Bach’s Cello Suites and warmly recorded in an enveloping acoustic, each piece seemingly leading inevitably to the next. Toshio Hosokawa’s haunting setting of the folk song Sakura makes for an impressive start. Johanna Doderer (Shadows) and Rhian Samuel (Salve Nos) have written engagingly characterful music that is nothing like your usual doleful elegy – this would be José Serebrier’s Nostalgia, a piece centred on the viola’s C string and including some sobbing 6ths along the way.

Lack of space precludes commenting in detail on each piece, but Togawa faithfully brings each composer’s characteristic traits to the fore: the angular phrases of Tigran Mansurian’s Ode to Silence or Cristina Spinei’s Keep Moving (the latter inspired by one of Togawa’s paintings), Gabriel Prokofiev’s whimsical Five Impressions of Self-Isolation, or the thorough workout routine that is Michiru Ōshima’s Silence, complete with fast runs and double-stopped passages. Kalevi Aho’s moody On the Horizon includes a part for a vocalising violist, and Oscar-nominated John Powell cheats by employing multi-tracking in the witty Perfect Time for a Spring Cleaning. But just as impressive is Togawa’s subtle differentiation between Bach’s sundry sarabandes, be they stately (C major), sallow (C minor), dramatic (D minor) or majestic (G major), before the fade-out finale of Federico Gardella’s Consolation brings the journey to a peaceful ending.