Violinist AlÄ«na Vižine and violist Zane Š turme claim they were forced to check their instruments into the hold on the flight from Copenhagen to Riga, even though airline policy states violins and violas can be carried as hand luggage 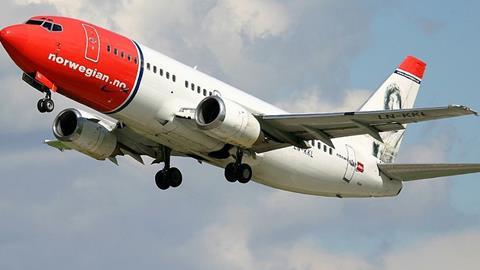 A violinist and violist have claimed that they were denied entry to a recent Norwegian Air flight from Copenhagen to Riga with their instruments - despite the airline's carry on policy, which clearly states that musical instruments can be transported as hand baggage.

Latvian violinist AlÄ«na Vižine, a student at the Royal Danish Academy of Music in Copenhagen, was travelling with her friend, violist Zane Š turme, on Monday 26 June. Both musicians were stopped at the gate as they were boarding the flight and told they would have to check their instruments into the hold.

'A staff member of Copenhagen Airport was standing close to the entrance to the gate and had a stack of tags for checked in luggage in his hands,' Vižine told The Strad. 'As far as I understood, he was asking people if they'd like to have their hand luggage checked in [to the hold] for free, because the flight was 'fully booked'.'

'We tried to explain him that it was not okay to check in our instruments. We asked if it was possible to pay for extra seats and even asked if we could hold our instruments (without the case) in our hands for the whole flight. There was just a dry answer that our cases were too big, the flight was fully booked, we couldn't hold our instruments for safety reasons and the captain said that there was no space on the aircraft.'

The two musicians asked to speak to a supervisor from Norwegian Air, as they had read on the company's website that passengers travelling 'with a larger instrument, such as a violin or viola...can bring this instead of a carry-on bag' and that 'the instrument can be slightly bigger than a regular carry on bag [55 x 40 x 23cm]'. The regulations go on to state that the instrument 'must not exceed 90 x 35 x 20cm and the carry-on weight limit for your fare type.'

However, the students were told they had just 'two options: check in our instruments or we couldn't board the aircraft'.

It was at this point that another member of staff stepped in and offered to ask the captain if the two instruments could be checked into the heated compartment in the hold, which is set aside for the transportation of animals. The instruments would therefore be separated from the rest of the luggage and would be kept at a temperature of around 10 degrees Celsius.

The two musicians handed over their instruments, but remained 'terrified' that they would be 'thrown around like suitcases' at the other end of the journey.

'As soon as we took off and the seat belt sign went off, we went to talk with the flight attendants [to see] if they could help us somehow,' remembers Vižine. 'At first the flight attendants told us that both instruments would have to go through security, since they were checked in. But in the end the captain sent a message to Riga Airport and a flight attendant informed us that we would be able to collect our instruments outside the front of the airplane upon exiting the flight. As we descended we saw both of our cases placed on the ground at the bottom of the stairs.'

At the end of their journey Vižine and Š turme were told by a member of the flight crew that they 'should buy extra seats next time', and although they again pointed out the company's cabin baggage policy regarding musical instruments, the crew member 'tried to convince [us] that the size of our cases were too big'.

Vižine has written on her Facebook page: 'I’ve personally never seen an airline with such detailed and easy to understand rules about traveling with instruments as Norwegian Air, yet the people working in the airport and for the company just can’t seem to follow them. The flight attendants were surprised when I told them that violins and violas are allowed on board as hand luggage. I don’t understand the meaning of rules if they’re not taken into consideration and if staff don't know [about] them.'

Norwegian Air has yet to respond to The Strad's request for a comment.

Read: Norwegian Air refuses to transport violin in the cabin – despite change to hand baggage rules