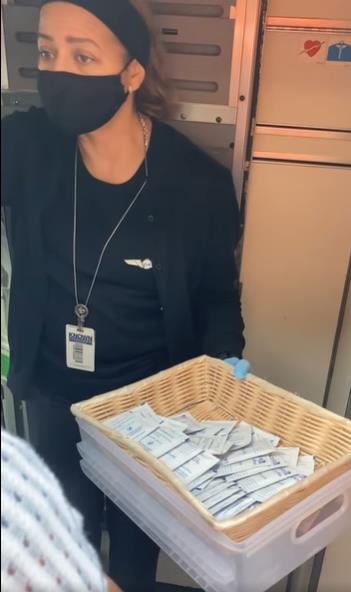 A violinist in the Frankfurt Radio Symphony encountered an arduous argument with a United Airlines flight attendant who attempted to deny her boarding the plane with her violin.

Despite being a Star Alliance Gold member with priority boarding and flying the same flight a few days prior to the incident, Rachelle Hunt was told by a flight attendant that she would not be able to board with her instrument and that it would have to be checked into the hold. Hunt showed the attendant the federal law that states airlines are required to accept violins as hand luggage if there is room. The flight attendant responded with, ‘We don’t go with federal law’. In a video Hunt posted on Facebook, the attendant is seen to be saying ‘No’ repeatedly, followed by ’Would you stop it?’

Hunt states: ’I was only able to board with my violin after a long argument because I refused to give in and was luckily able to speak with an understanding pilot. He intervened eventually and the flight attendant very grudgingly agreed to let me take my violin as an “exception”. Federal law is not an exception’

However, Hunt’s troubles were not finished once she and her instrument were on the plane, ’Once the flight took off, she [the flight attendant] came over to me, and asked me for my name, claiming it wasn’t on the manifest. I showed her my boarding pass and she wrote down my name, and on top of all the other stress, I then worried the whole flight she’d accuse me of something and have police waiting for me when we landed.’

Hunt has notified American Federation of Musicians and DOV - German Orchestra Union and awaits a response from United Airlines following a formal complaint.