The Australian violinist joins the roster of Percius for international management 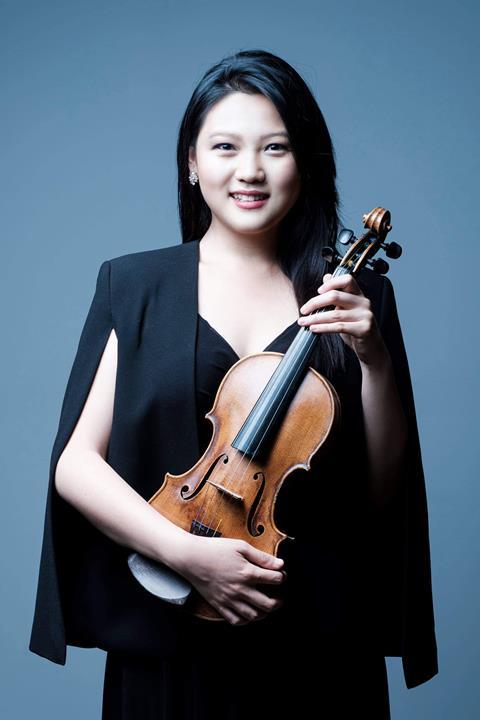 Originally from Australia, Sun is now based in the UK with a busy schedule of performing, recording, adjudicating and teaching. She has won numerous awards, including the Tagore Gold Medal from the Royal College of Music, the 2018 ABC Young Performers Award (Australia), the 2016 Royal Overseas League Music Competition (UK), and the Brahms (Austria), Yampolsky (Russia) and Lipizer (Italy) international violin competitions. She was a Young Concert Artist for the Tillett Trust, The Worshipful Company of Musicians and City Music Foundation.

Most recently, Sun’s recording Nocturnes was shortlisted for ‘Best Classical Album 2021’ in the ARIA awards in Australia, and she was also nominated for the Limelight Artist of the Year 2021. Upcoming projects include a new concerto commission plus recordings and concerto performances with the Sydney Symphony Orchestra, Melbourne Symphony Orchestra and London Mozart Players.

Sun has served on the jury for the Nomea Online Violin Competition. She teaches at the Royal College of Music, where she pursued postgraduate studies with Itzhak Rashkovsky. She is a graduate of Sydney Conservatorium of Music under the tutelage of Dr Robin Wilson, and has also studied with Augustin Dumay at Chapelle Musicale Reine Elisabeth, Belgium, as well as further mentoring from Pinchas Zukerman, Maxim Vengerov and Ivry Gitlis.

She plays a 1760 Nicolo Gagliano violin, loaned to her through the Beare’s International Violin Society.