Instrument in hard case was placed in the hold at the gate but emerged with a snapped neck, says early music specialist Andrew Arceci 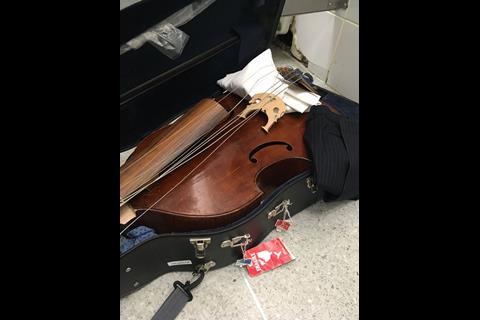 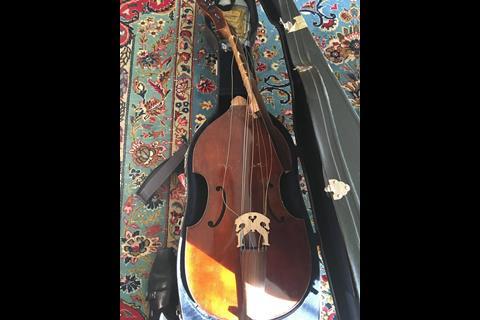 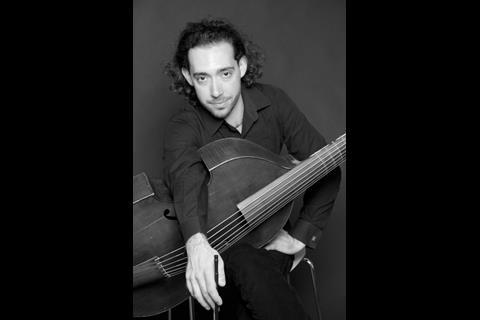 Early music expert Andrew Arceci post these photos on Facebook yesterday after a flying with United Airlines and allowing his viol to be placed in the hold at the gate.

‘I often buy a seat for the instrument,’ he wrote. ‘I didn’t this time, but I’ve gate-checked with no problem/no damage for years. I’ve never had a problem, until United.’

Arceci studied at the Peabody Conservatory of the Johns Hopkins University, the Juilliard School and Magdalen College, Oxford University, and has performed widely in the US and UK, including with the Orchestra of the Age of Enlightenment, Cöthen Baroque, Oxford Baroque, Boston Camerata, Arcadia Players and others. He is currently principal bassist of L’Académie Baroque Orchestra (Boston) and Baroque Band (Chicago).

United Airlines has faced public relations problems with musical instruments in the past, not least with the notorious ‘United Breaks Guitars’ song by Canadian musician Dave Carroll which now has nearly 18 million views on YouTube.