The Rodolfo Lipizer International Violin Competition has revoked the invitations of three Russian competitors, stating ’following the example of other international competitions’ for its decision 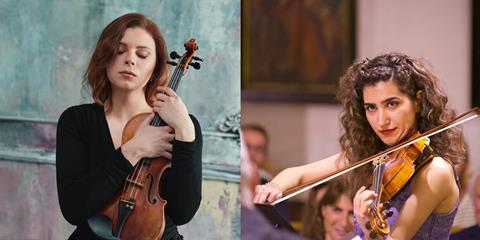 Three violinists with Russian citizenship have been barred from competing in the 2022 Rodolfo Lipizer International Violin Competition in Gorizia, Italy.

The violinists were informed of their inclusion in a letter from the competition, which read, ’Following the European provisions resulting from the Russian-Ukrainian war and following the example of other international competitions of various disciplines, we are sorry to have to inform you of your exclusion from the 41st International Violin Competition 2022’

The letter continues, ’We ensure that there is no discrimination against you as a person.’

Austrian-based violinist Anastasia Pentina was one of the excluded competitors. ’The decision of the organisers was a complete disappointment for me, because for me, as a person who grew up in Austria, any manifestation of discrimination is unacceptable.

’Also, when I go to the competition, I represent only myself, my university and my Professor Pavel Vernikov, who is one of the best professors in the world and was born and grew up in Odesa, Ukraine’

Pentina wrote to the competition to provide an explanation for the decision, but did not receive a response.

The news follows other incidents of Russian musicians who have had engagements cancelled due to their nationality. In March, cellist Anastasia Kobekina had a recital cancelled in Ittingen, Switzerland, despite having publicly condemned the Russian invasion. The International Jean Sibelius Violin Competition excluded two Russian competitors from the 2022 edition, in a decision that aimed ’to protect other competitors and the competition as a whole.’