Nine young violinists have won prizes across three categories in the competition at the University of Music Franz Liszt, Weimar 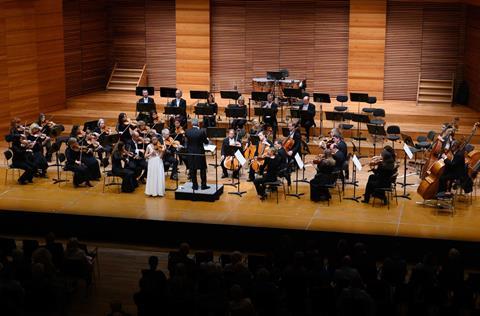 The 10th International Louis Spohr Competition for Young Violinists has awarded prizes to nine musicians after two days of finals at the Belvedere Music School, Weimar.

The competition, in partnership with the University of Music Franz Liszt, was split into three age-dependent categories.

The final category was won by 21-year-old Alexandra Weissbecker from Germany along with €3,500; ahead of 17-year-old Moë Dierstein from Freiburg who took second prize and €2,500; and 18-year-old Polish violinist Hanna Pozorska came third and received €1,500. All three performed Mendelssohn’s Violin Concerto in E minor.

The final performances were accompanied by the orchestra of the University of Music Franz Liszt under the baton of Nicolás Pasquet.

Tonight (4 November), the finalists will perform in a prize winners’ concert at Weimar Hall. Each violinist will perform the concerto from their category final accompanied by the Jena Philharmonic Orchestra with Nicolás Pasquet.

This year’s competition saw 50 violinists from over 20 countries compete in the event.